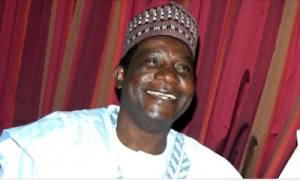 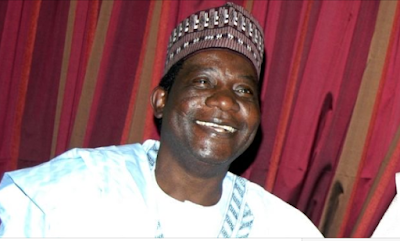 Over the past few weeks, Plateau has recorded a number of violent attacks, leading to the death of many people.

The development has created palpable fear about the state of security in the state as some state governments have evacuated their indigenes from the University of Jos.

Speaking on the development in a press briefing on Monday, Lalong asked residents of the state not allow those who desire to see the state in perpetual crisis to use politics and religion to divert attention from their criminal activities.

The governor said the violent attacks in the state are criminal activities even though they are being given ethno-religious connotations.

“From the engagements so far, it has again become clear that all these attacks are purely criminal activities that must be treated as such. Even though they are quickly given ethno-religious connotations, there is no justification for the killing of any human being. We are a society that is guided by rules which do not permit anyone to take the laws into his or her hands no matter the grievances,” the governor said.

“There is an obvious plan by those who desire to see Plateau in perpetual crises to employ all divisive methods to achieve their objectives. We must not allow them to use politics, religion, and ethnicity to divert our attention from their criminal activities.

“My determination as your governor is to ensure that I encourage all citizens to embrace one another and use peaceful means to settle any disagreement.”

The governor said he has relaxed the curfew in Jos north, Jos south, and Bassa LGAs after reviewing certain decisions taken in the wake of the attacks.

“At the end of the review, Government took the following decisions: i. The curfew in Jos North is to be relaxed. Beginning from Monday 30th August 2021, the curfew shall be enforced from 6pm to 6am until further notice,” he said.

“The curfew in Jos South and Bassa is to also be further relaxed. As from Monday 30th August 2021, the curfew shall be enforced between 10pm to 6am until further notice.

“The ban on Tricycles (Keke NAPEP) and hawkers remains in force within Jos/Bukuru metropolis.

“My dear citizens, our long term goal is to foster dialogue, collaboration, understanding and proactive dispute resolution mechanisms that will make it difficult for people to resort to criminality in the name of self-help and reprisals whenever there is any disagreement.

“Those who fail to follow lawful means to settle their grievances should be ready for a showdown with government as we will never tolerate killings and destruction of properties under any guise.

“During these trying times, I have watched with great disappointment the unfortunate comments and utterances of some citizens including religious, political and community leaders from within and outside the state who rather than calm nerves and join hands with the government to ensure the quick restoration of peace, resorted to pushing out ethno-religious sentiments that further created tensions.”