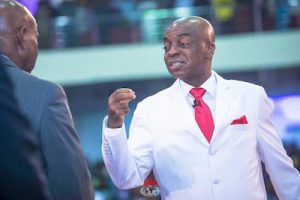 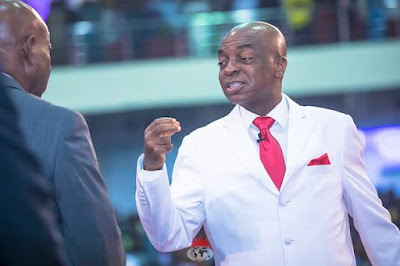 Reno Omokri, a former aide to ex-President Goodluck Jonathan, has warned the Department of State Services, DSS, against going after Bishop David Oyedepo of the Living Faith Church.

Oyedepo had declared that Nigerians will not repeat the error that produced President Muhammadu Buhari in 2015.

Oyedepo said Nigeria would experience a new order of settlement because the earlier error would not be repeated.

He spoke during his church’s first service in Canaanland Ota, Ogun Stateon Sunday.

Oyedepo noted that Nigerians made the error of electing Buhari because they failed to listen to him in 2015.

And in reaction, Omokri tweeted, “I am hoping the DSS will not make the mistake of summoning Bishop David Oyedepo over his fiery but truthful sermon about 2015 and 2023.

“People that did not summon Ustaz Salihu, who threatened to kill Christians. We are watching to see how mad the Buhari regime is.”

A so-called lslamic leader, Ustaz Salihu, had in a viral.video threatened to carry out reprisals on Christians over the recent cruel and brutal killing of scores of Muslim travelers in Jos, Plateau State, by unknown gunmen.