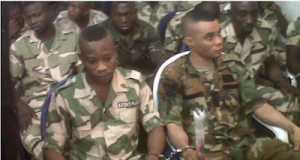 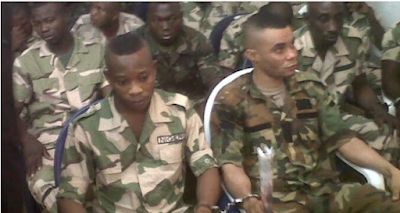 The soldiers were, in 2014, found guilty of rebelling against the authorities of their division in Maiduguri, Borno state and were subsequently convicted.

The soldiers were earlier sentenced to death, but in 2015, following a case pushed by Falana, the death sentence passed on them was commuted to 10 years imprisonment by the military authorities.

In a letter dated August 25, 2021, and addressed to the president, Falana argued that the soldiers had only demanded to be well equipped to fight insurgency in the north-east.

The senior lawyer said it was not the soldiers’ fault that they weren’t given adequate equipment to fight.

He said if the government could consider the rehabilitation of repentant Boko Haram insurgents, the soldiers jailed for asking for better equipment deserve to be pardoned.

“The Arms Procurement Panel instituted by Your Excellency has confirmed that the sum of $2.1 billion and N643 billion set aside for the purchase of equipment for the counter insurgency operations was diverted by some military officers and their civilian accomplices. The coterie of military officers who cornered the fund deliberately sabotaged the counter insurgency operations of the Government of Nigeria,” part of the letter reads.

“​In view of the criminal diversion of the huge fund earmarked for acquiring military hardware for the defence of the nation the indicted military officers and their civilian collaborators ought to have been charged with mutiny, sabotage and other war crimes. But out of class solidarity, a few of the indicted military officers and civilians have been charged with the offence of money laundering at the Federal High Court by the Economic and Financial Crimes Commission.

“In the same vein, Your Excellency had alluded to the injustice to which the convicted soldiers were subjected in an interview aired by the BBC Hausa service on December 28, 2015. On that occasion Your Excellency made a strong case for the convicts when you rightly observed that ‘The government at that time sent the soldiers to the battlefield without arms and ammunition to prosecute the war. That was what led some of them to mutiny. They were arrested and detained because of this.’

“It is public knowledge that the Federal Government and some State Governments have recently granted pardon and rehabilitated hundreds of terrorists who had waged war against Nigeria and subjected unarmed citizens to egregious human rights abuse. The soldiers who were convicted of mutiny for demanding for weapons to fight such terrorist deserve to be granted pardon and rehabilitated by the Federal Government.”