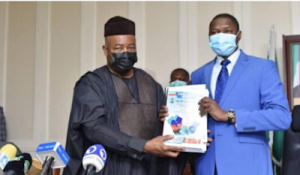 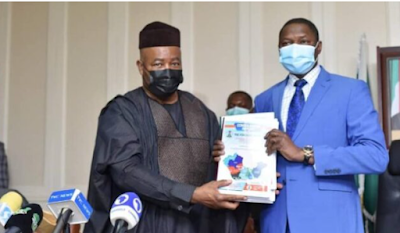 The federal government says it will prosecute those behind the alleged mismanagement of funds meant for the development of the Niger Delta region.

Abubakar Malami, minister of justice and attorney-general of the federation, disclosed this after receiving the report on the forensic audit of the Niger Delta Development Commission (NDDC).

Godswill Akpabio, minister of Niger Delta affairs, presented the report on Thursday to President Muhammadu Buhari, who was represented by Malami.

The development came amid allegations of fund mismanagement levelled against Kemebradikumo Pondei, the then-acting managing director of the commission, which led to his sack.

The AGF decried the poor infrastructural development in the Niger Delta region, which he said does not represent the huge funds invested in the area over the years.

“Consequently, the Federal Executive Council (FEC) approved the engagement of a lead forensic auditor, as well as 16 reputable audit firms to conduct the audit exercise.

“The president is delighted that the auditors have now completed this exercise and the report is today being presented.”

Malami said Buhari is aware of stakeholders’ demand for the constitution of a new NDDC board following the dissolution of the previous one in January 2020.

He said the president is “determined to address the challenges militating against the delivery of the mandate of the NDDC to the people of the Niger Delta Region”.

The minister said the federal government will engage in criminal investigations, prosecution, recovery of funds, among other legal actions, to recover mismanaged NDDC funds.

While expressing concern over “13,777 projects, the execution of which is substantially compromised” as well as 362 unreconciled bank accounts, Malami said the federal government “will in consequence apply the law to remedy the deficiencies outlined in the audit report as appropriate”.

“This will include but not limited to initiation of criminal investigations, prosecution, recovery of funds not properly utilised for the public purposes for which they were meant, and review of the laws to reposition and restructure the NDDC, for efficiency and better service delivery, amongst others,” he added.

Malami added that the essence of the forensic audit is to ensure accountability in the use of public funds.

He said the federal government “will, without hesitation, strategically implement all aspects of the audit exercise that will promote probity and greater prosperity for the Niger Delta region and Nigeria as whole”.

The AGF also gave the assurance that the forensic audit report of the NDDC and the recommendations will be critically analysed for necessary actions and implementation.