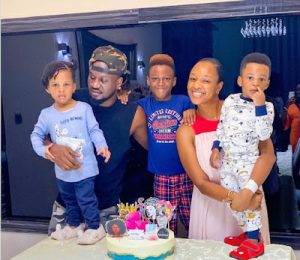 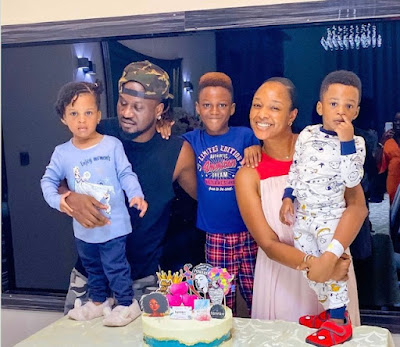 Paul Okoye a.k.a The Rudeboy of PSquare fame has surfaced in Atlanta, Georgia to meet his wife, Anita and their kids, amid stories of a family breakup.

In the video, simultaneously uploaded on Instagram by the couple, Paul arrives to pick the twin kids at an Atlanta secondary school, we bet, with his wife shooting the video.

The nine year-old son Andre was also on hand, smiling and video-recording the family reunion.

Paul’s appearance in Atlanta may have rubbished the stories that the couple that married in 2014 were about to break up.

Reports had indicated that Anita filed a divorce petition in Abuja, accusing her husband of not showing love.

The couple met in 2004 during their undergraduate days at the University of Abuja and got married on 22 March 2014 in Port Harcourt, the Rivers State capital.

In 2017, they were blessed with a set of twins, a boy and girl, Nathan and Nadia.

All the kids now live and school in Atlanta.