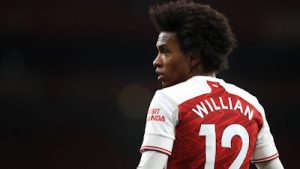 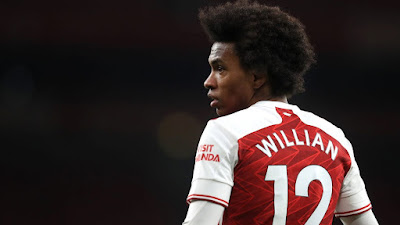 Willian has admitted he was unhappy at Arsenal, in his first interview since leaving the club.

The Brazil midfielder agreed to terminate his three-year contract with the Gunners and has now signed for Corinthians.

His departure from the Emirates came only one year after he arrived on a free transfer from Chelsea.

Willian found the back of the net just once in 37 appearances.

The 33-year-old is now relieved to have put his time at Arsenal behind him.

“I really thought a lot, together with my family and close people. Unfortunately, my time at Arsenal was not good, I wasn’t happy at the club.

“I don’t need to go into details, but I wasn’t happy and I thought that returning to Brazil was the best option.

“I studied some other opportunities, but I wanted to return to Corinthians, to my home, to be close to my family. It’s the club that projected me to the world, revealed me. The right time to come back was this,” Willian told TV Corinthians.