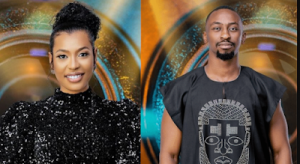 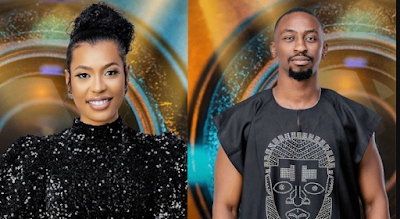 Big Brother Naija, BBNaija, Season 6 housemate Jackie B has said Saga does not care about winning the game anymore.

Jackie B said this when asked why she nominated Saga for eviction.

According to her, Saga is distracted and so concerned about Nini that he has forgotten why he is in the Big Brother house.

“Saga does not care about the game, his head is just into Nini.

“I don’t think he cares about winning again, that’s why I nominated him for eviction.

“He also said he would ask for a voluntary exit if Nini left,” Jackie B told Biggie.

Saga, Queen, Whitemoney, Liquorose, Jackie B, Saskay, JayPaul, are up for possible eviction this week.

At least one of these housemates will be evicted from the ‘Shine Ya Eye’ season on Sunday.

Recall that Boma, Tega, Peace and Michael exited the show days ago after they scored the lowest votes from fans.