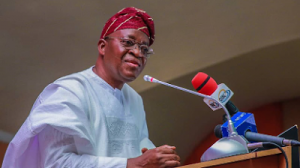 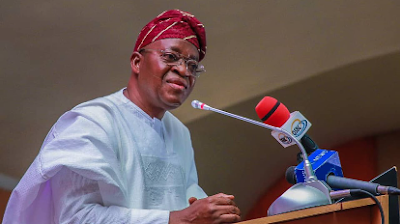 Governor Gboyega Oyetola’ Special Adviser on Environment and Sanitation, Rufus Oyegbile says the state government has responded to the warning by the Nigeria Hydrological Service Agency (NIHSA) and the Nigeria Meteorological Agency (NIMET) on the risk of possible hazard over the volume of rain expected.

The agencies in their forecast had issued warnings of possible hazards in some states including Osun State.

The forecasts pitched Osun as one of the states in Nigeria with probable flood risk and asked the states to take action ahead by embarking on intensive flood control.

A report had revealed that Osun State is sloapy, judging by the photography while NIMET had issued series of warnings to the state on possible flood risk.

The Osun State government, meanwhile, charged the residents to be alive to their responsibilities towards the prevention and management of flood in the state.

This was disclosed during the inauguration of rivers dredging and waterways by the state government in Iwo on Friday.

“Although our efforts have been challenged with the recent flood incidence in some parts of the state, as this affirms the need for serious and urgent action by the government and all other critical stakeholders,” he added.

Also speaking, the Special Adviser on Civic Engagement, Olatunbosun Oyintiloye, however, appealed to community leaders especially at the grassroots to continue sensitising their people against dumping of refuse and erecting structures on water channels to prevent flooding.

Oyintiloye noted that all stakeholders must reawaken the consciousness of the people towards community service such as clearing of drainages and waterways which are also part of the social responsibility of individuals to their community, to allow free flow of water, as this will also play a complementary role towards the efforts put in place by the government to avert the hazardous effect of flood during raining season.