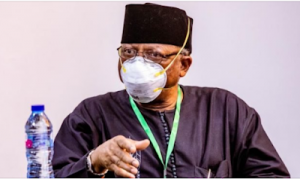 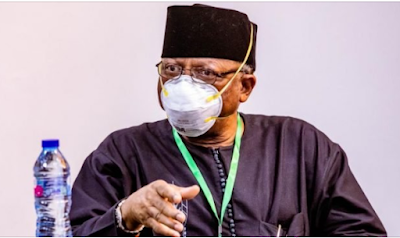 Osagie Ehanire, minister of health, has called on residents doctors to put an end to the ongoing strike action.

On August 1, the National Association of Resident Doctors (NARD) embarked on strike over “irregular payment of salaries”, among other issues.

Efforts of stakeholders, including the house of representatives, to mediate between the federal government and the resident doctors did not yield results.

At the briefing of the presidential committee on COVID-19 on Monday, Ehanire said doctors should return to work as all debts would be cleared.

“Last week his excellency, the president received the leadership of the Nigerian Medical Association in audience and in his remarks called on doctors on strike to return to duty and for those contemplating it to opt for peaceful resolution, so as not to put the lives of citizens at risk,” he said.

“He reminded us that his administration has a sound track record of paying debts, even such debts as inherited from, or ignored by preceeding administration. Resident doctors are therefore assured from the highest authority in the land that all debts will be settled, when they are verified and validated.

“With this, I call on striking doctors to put an end to their industrial action immediately and return to work. Nigeria has been lucky with the relatively low impact of COVID-19 so far, and we need to keep our preparedness optimal. We cannot afford to stretch our luck too far.”

The minister said the third wave of COVID-19 appears to be levelling out, seeing as there’s been no catastrophic increases in infections and fatalities.

He, however, added that it is not wise to assume that the threat is gone.

“Evidence so far, however, is that the Delta strain is already the dominant in Nigeria. We must keep our protective measures in place and increase testing to determine our situation,” he said.

Ehanire said states have received doses of AstraZeneca, Moderna and J&J vaccines for the ongoing second phase of the vaccination exercise.

He said the federal government has done due diligence to ensure vaccine quality and safety.

He added that available data shows that there have been no serious adverse effects after vaccination.