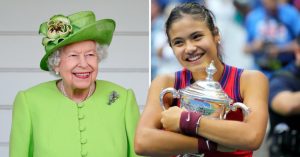 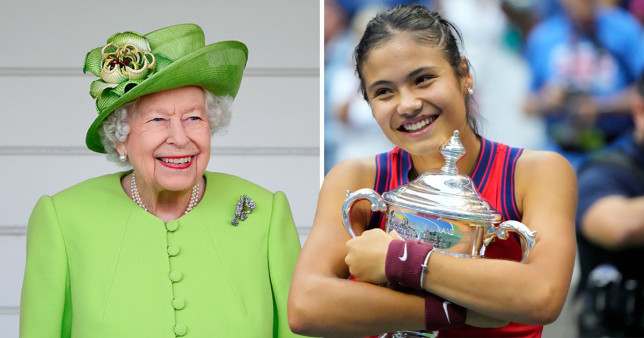 Britain’s tennis star, Emma Raducanu is reportedly set to be one of the youngest CBE recipients ever after her historic US Open win.

Raducanu ended Britain’s 44-year wait for a women’s Grand Slam singles champion after beating Leylah Fernandez to win the US Open in a thrilling style on Saturday.

CBE is the highest ranking Order of the British Empire award, excluding a knighthood or damehood.

Raducanu, who was the first qualifier ever to reach a Grand Slam final, beat her 19-year-old Canadian opponent 6-4, 6-3 at the Arthur Ashe Stadium in New York.

After her stunning victory, Her Majesty personally congratulated Raducanu.

A message from the Queen at Balmoral to the teenager read: ‘I send my congratulations to you on your success in winning the United States Open Tennis Championships. It is a remarkable achievement at such a young age, and is testament to your hard work and dedication.

‘I have no doubt your outstanding performance, and that of your opponent, Leylah Fernandez, will inspire the next generation of tennis players. I send my warmest good wishes to you and your many supporters.’ 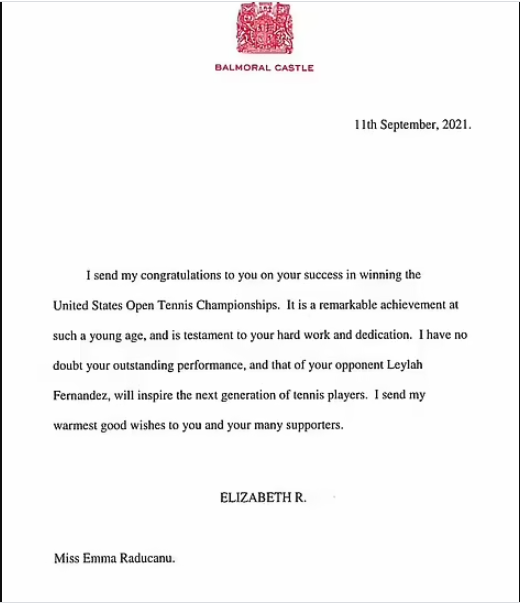 In reaction to the personal message from the Queen, Raducanu said: ‘It meant everything to get a message from Her Majesty. She’s such a great inspiration and role model for the whole country so to have a note from her…

‘I was extremely honoured and very very grateful that she took notice of my tennis. I can’t believe it. I’m maybe going to frame that letter or something.’

Royal Insiders are now saying that the 18-year-old sporting sensation will qualify for an OBE ‘at least’ – and may even receive a CBE in reflection of her historic triumph at such a young age.

The royal source told the Daily Mail: ‘It would seem Miss Raducanu would be deserving of at least an OBE, if not a CBE.’

President Muhammadu Buhari will leave Abuja for New York, United States, on Sunday, to take part in the 76th Session of...

The Inspector General of Police, IG Usman Baba Alkali has called on officers and men of the Force in the country...