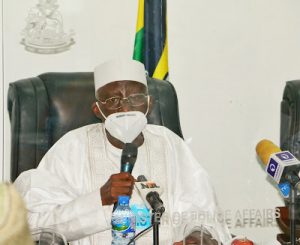 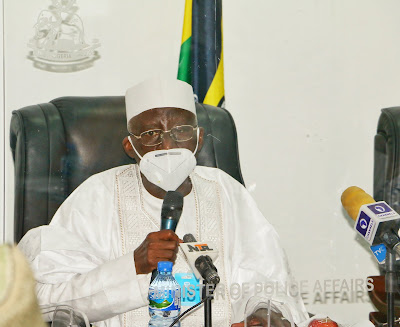 The Minister of Police Affairs, Maigari Dingyadi, says repentant bandits are Nigerian citizens and the Federal Government has a responsibility to reintegrate them “peacefully and honourably into the society”.

He also said the window is still open for bandits to surrender to the government and be reintegrated into the wider society.

The minister spoke on Tuesday when he featured as a guest on Channels Television’s ‘Politics Today’ current affairs programme.

Commenting on the ongoing onslaught against bandits in the North-West states of Katsina, Zamfara, Sokoto, amongst others, Dingyadi said the government will continue to record successes against bandits as long as the security agencies continue to work in synergy.

“You are going to see more successes coming up in the next couple of days,” he said, adding that the security forces were working more on the precision of their intelligence and the sophistication of their equipment to achieve greater victory against the marauders.

Asked whether the window of amnesty is still open for bandits willing to surrender, the minister said, “When you talk of amnesty, it is a relative term and what the Federal Government is trying to say is that: Let us see those who have surrendered their arms, let us listen to them, let us chronicle them, let us receive them, we cannot just throw these people away because they are all Nigerians.

“What we are trying to do is to get them settled in their various communities, to let them have a kind of means of livelihood so that they can integrate peacefully and honourably into the society.”

However, many of the bandits and terrorists had gone back to their dishonourable and vicious ways weeks after surrendering their arms and receiving cash and vehicle gifts from the governors.

In April 2021, a notorious bandit, Auwalun Daudawa, returned to the forest about a week after he surrendered his weapons and was granted amnesty by the Zamfara State governor.

Daudawa was known for masterminding the abduction of over 300 schoolboys from a secondary boarding school in Kankara, Katsina State, in December 2020.

Daudawa had surrendered 20 AK-47 rifles, 20 Magazines, one General Purpose Machine Gun, one Rocket-Propelled Grenade and several ammunition to the Zamfara State government on the day he repented with five of his comrades.

But the incorrigible criminal was later killed by a rival bandit gang when he went back to the trenches a week after he received Matawalle’s amnesty deal, with many Nigerians knocking the governor and his other colleagues for rewarding bad behaviour with kind gestures.

Just this week, Matawalle said Zamfara was no longer interested in dialoguing with bandits as they rejected the olive branch stretched at them earlier.

Matawalle vowed that the only option was for the security forces to flush the bandits out of the state.

For years, Nigeria’s North-West and North-East zones have been plagued with the twin security challenges of terrorism and banditry with many of the marauders camping in the vast forests and ungoverned spaces in the two zones.

As part of its efforts to crush the daredevil marauders, the Federal Government recently shut down some communication sites in Zamfara and Katsina to truncate communication means amongst the bandits and aid the military’s onslaught against the criminals.