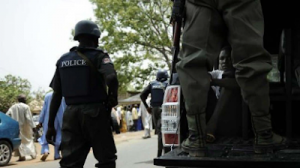 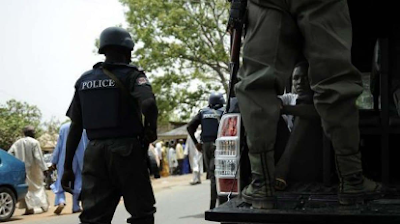 Two men have been arrested by the Kwara Police Command over the alleged murder of a girl for money ritual purposes.

One other suspect connected with the gory incident is reportedly still at large.

The spokesman of the state police command, Mr Okasanmi Ajayi, in Ilorin on Monday alleged that the two suspects allegedly murdered one Rianat Yusuf, (f) of Amuyo area, Offa, Offa Local Government Area of the state and cut off her head and two hands.

He said the incident occurred on 14/09/2021, at about 1200 hours, when Rianat Yusuf left her home on an errand to buy ‘kulikuli’ which was to be used to drink Garri (cassava flake) and had not been seen since then.

“A case of a missing person was reported at the Offa Divisional Police Headquarters by her father, one Yusuf Taofeek of Amuyo area, Offa.”

The command’s spokesman said ” investigation led to the discovery of a headless body of a young lady with her two hands missing at an uncompleted building at Amuyo area, Offa, which was later identified by the father to be that of his missing child.”

He said investigations led to the arrest of one Femi Adeniji of the same area, who confessed to be in possession of the head and hands of the deceased.

Femi Adeniji, further confessed that he had sold one of the hands to his accomplice who is presently at large for the sum of N20,000.

Another suspect, Shittu Abdul Malik Wale, of Imam compound, Offa, also confessed to have used the second hand of the deceased for money-making soap.

Okasanmi said the suspects would be charged to court after the completion of the ongoing investigation.

The command expressed grave concern over rising incidents of ritual murders among the youths.

It called the attention of parents and guardians to the development, warning criminal elements to vacate Kwara State or risk arrest, prosecution and accommodation in the correctional facilities.

The state Police Commissioner, Amienbo Tuesday Assayomo, advised the youth to shun the desire for quick and easy money, saying there is no alternative to hard work.