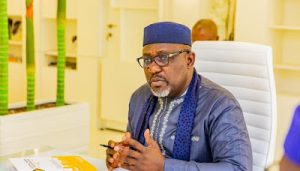 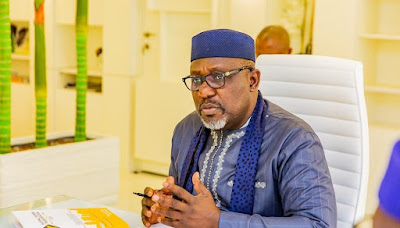 Rochas Okorocha, the Imo West Senator, has warned the All Progressives Congress, APC, on the dangers of not zoning its presidency to the Southern part of the country.

Okorocha warned that APC would be divided if the party fails to zone its presidential candidate to the south.

He spoke at an event organized by the Abuja council of the Nigeria Union of Journalists, NUJ.

The former Imo State Governor said the North has produced a President, hence it’s only logical and sensible for the APC to allow the South in 2023.

According to Okorocha: “There’s no justification for APC zoning the Presidency away from the South. If zoned to the North, it will polarise the party.

“When I took the All Progressives Grand Alliance to the APC for the South-East to be in mainstream politics, I was called many names.

“We should develop national spirit, high spiritual elevation above personal convictions. It protects the indigent and weak in the society.

“I see positive and new things to come in Nigeria with such spirit. I agree with Southern Governors on the Southern Presidency.”