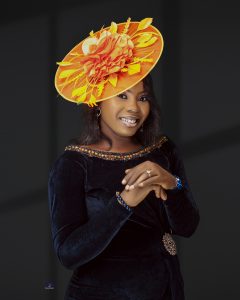 ChimAmanda is a Nigerian singer , a song writer, a lover of good sound. She is known for pitch perfect and had impacted into the life of many youths and teenagers whose passion and motive is to serve God with there gifting of sound.

ChimAmanda’s full name is ChimAmanda Amarachi Kalu, born on 6th of January, 1995, she is the second daughter of 7 children.
ChimAmanda hails from Abia state and a native of Ohofia Local government, she is a graduate of public administration in Abia state polytechnic and an entrepreneur.
ChimAmanda was launched fully into her music carrea 2014 after the death of her father although she was already singing at a tender age in the children choir courtesy of her background, being a child who is born into a music family, she started at a very tender age.

ChimAmanda had bagged so many awards which one of them that captured her attention and had placed her on a steady move of impacting lives as a responsibility was an award giving to her as a youth motivator and model to young ones. One of her words will always be “it can only get better and that had kept her going thus far