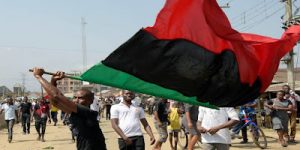 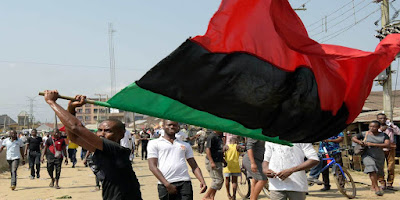 The Indigenous People of Biafra, on Wednesday, distanced themselves from the ‘senseless’ killings in the South-East geopolitical zone of the country.

This is as the group claimed that the ‘senseless’ killings were politically motivated, stating that masterminds were taking advantage of the current situation in the region to unleash mayhem on their political opponents.

The group also noted that it did not at any point issue a statement on the forthcoming governorship elections in Anambra State, to the effect, that the election will not hold.

The Director of Media and Publicity of the secessionist group, Emma Powerful, aired the group’s view in a statement, on Wednesday.

The statement read in part, “We the great family of the Indigenous People of Biafra ably led by our great leader Mazi Nnamdi Okwuchukkwu Kanu, wish to dissociate ourselves from the senseless killing of innocent citizens in Anambra State. We have no hands in the political killings going on in Biafra land. We have at several times raised the alarm that some cruel politicians are hiding under the cloak of the situation in Biafra land to eliminate their political enemies and blame it on IPOB.

“We also wish to clarify that IPOB has never issued an official statement that there would be no governorship election in Anambra State. Those peddling such rumour are not our members and should be ignored. Our position on the Anambra election will be made public at the right time through our normal channels of information dissemination. Anything to the contrary should be disregarded.

IPOB further claimed that those who killed Prof Dora Akunyili were responsible for the death of her husband.

“Those who killed Dora Akunyili husband killed his wife with poison because she exposed the death Yaradua for Goodluck Ebele Jonathan to take over as President of Nigeria, they know themselves they conspired to poison Prof. Dora Akunyili.”

It added, “We have no issues with Chike Akunyili and we don’t know him, those behind this act must stop this and stop using IPOB’s name, we don’t want anybody to blame IPOB because we must get them, this is purely a political assassination going on in Anambra State now.

“It is obvious that those that burnt Anambra Government House and other parts of the state some years back are back to use intimidations and killings to subdue their opponents ahead of the governorship election in Anambra State.”