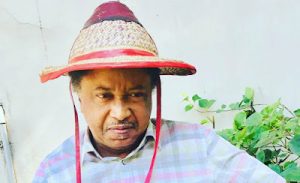 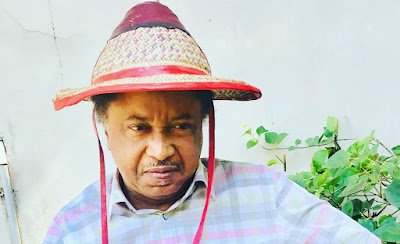 Comrade Shehu Sani has advised that for there to be a solution to the continued bloodshed in the Southern part of Kaduna, President Muhammadu Buhari must listen to the people directly and not by any political proxy.

Speaking when hosting the Southern Kaduna Youth Movement in Kaduna, Senator Shehu Sani explained that finding solutions to problems of Southern Kaduna by the Federal Government has to start by listening to the people directly.

He said, “I could not see any reason why President Buhari cannot in his six years in office find time and do the needful for one day to go to Kafanchan and sit-down and listen to the problems of the people and how to find solutions to their problems.

“President Buhari has lived in Kaduna for more than 4-decades more than he has lived in his home state, Katsina. I think he doesn’t need anybody to tell him what is happening in Southern Kaduna than to do the needful in order to bring permanent peace in the area.”

Shehu Sani appealed to President Buhari to make it necessary to visit the Southern Kaduna people or invite them to the Villa and discuss with their stakeholders, hear them one-on-one and find solutions to the bloodshed that has continued unabated.

“It is impossible for President Buhari to hear the truth and the reality of Southern Kaduna if such kind of message has to pass through the political pipe before it got to him,” Shehu Sani said.

He explained that the Southern Kaduna region has been considered different by the rest part of the state because of their political choice, religious identity and ethnic affiliations, adding that President Buhari should be a father to all and insist to listen directly to the plight of the Southern Kaduna people from their traditional rulers, political leaders, youth and women representatives in order to get the best ideas on how to end the incessant killings in the area.

“I am one of those who passionately believe that Southern Kaduna is an underdeveloped part of the state. It is as a result of years of political, economic and social exclusion and what I described as apartheid to the people of Southern Kaduna,” Senator Shehu Sani opined.

He noted that providence has brought the state together as indigenes and citizens of the same state, stressing that it is important, pointing out that it is better to unite as a people and respect the religion and dignity of each other in order to build the state.