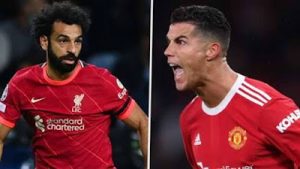 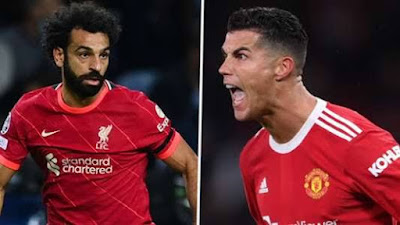 Manchester United forward, Cristiano Ronaldo, has been nominated for the Premier League Player of the Month award for September.

The 36-year-old has been in fine form since he returned to Old Trafford this summer.

Ronaldo scored twice on his debut as United beat Newcastle 4-1, before netting the equalizer in a 2-1 victory at West Ham.

He however faces competition for the prize from Liverpool’s Mohammed Salah.

Salah found the back of the net in all the fixtures he featured in against Leeds United, Crystal Palace and Brentford.

The Egyptian also became the fastest Liverpool player ever to reach 100 league goals.

Votes from a panel of football experts will decide the winner who will be announced next week.