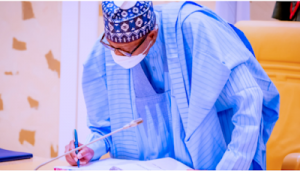 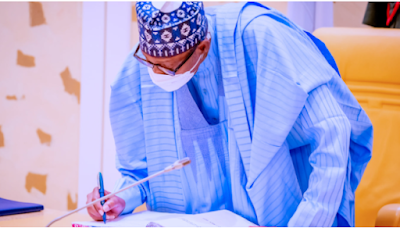 President Muhammadu Buhari has approved the continuation of recruitment of 10,000 police officers annually for the next six years.

Buhari stated that the move was part of efforts to strengthen the security agencies in the fight against banditry and other criminal activities ravaging the country.

The Nigerian leader made this known on Friday in his speech delivered on national broadcast as part of activities to mark the 2021 Independence Day.

The president also revealed that Nigerian armed forces have recently recruited over 17,000 personnel to tackle the security menace.

According to him, “To support our surge approach to fighting banditry, the Nigerian Armed Forces have recruited over 17,000 personnel across all ranks.

“Furthermore, I have also approved for the Nigerian Police Force to recruit 10,000 police officers annually over the next six years”.

Recall that the Inspector-General of Police, Usman Alkali Baba, on Tuesday, hinted that the Nigeria Police will soon begin the recruitment of 20,000 junior police officers.

The IGP who gave the hint when he paid a working visit to Governor Seyi Makinde in Ibadan, the Oyo State capital, revealed that the force has been able to overcome all the issues that had been delaying the recruitment process.