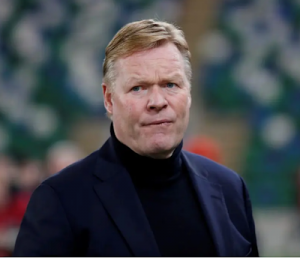 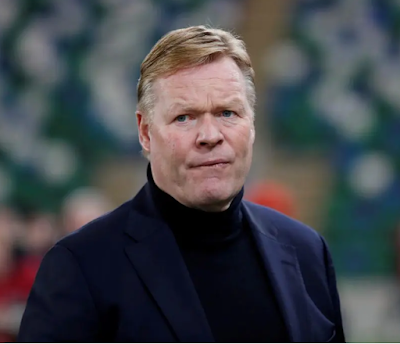 Barcelona manager, Ronald Koeman, has suggested the club’s hierarchy is leaking stories about his future to the media.

Koeman held what might prove to be his final press conference as the club’s coach on Friday.

The pressure on the 58-year-old has increased following the 3-0 defeat to Benfica in the Champions League on Wednesday.

Local media suggest he will be fired after Saturday’s league game at Atletico Madrid, regardless of the result, while president Joan Laporta has stepped up the search for a replacement.

“The club have said nothing to me. I’ve learned that the president was [at the training ground] this morning, but I have not seen him.

“We’re preparing for Saturday’s game. I can’t say anything. But I have eyes and ears and I know a lot of things have been leaked, which I imagine are true, but no one has said anything to me,” Koeman said.