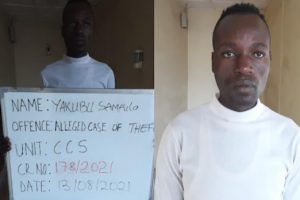 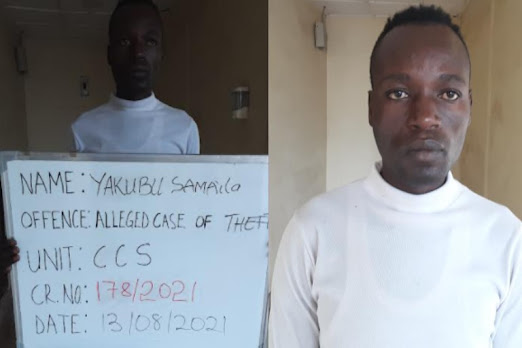 The Economic and Financial Crimes Commission, EFCC, has secured the conviction and sentencing of Yakubu Samaila before Justice M.T. M Aliyu of the Kaduna State High Court, Kaduna.

He was sentenced for fraudulently withdrawing the sum of N 935,000  from the account of one Isiyaku Yawale, domiciled at Keystone Bank without his consent.

Investigation by the Kaduna Zonal Command of the EFCC revealed that the defendant fraudulently did a welcome back on the SIM card of Yawale, his neighbour, and upon discovering that the victim had N935, 000 in his bank account, the defendant obtained the NIN slip, bank verification details and falsely swore to an affidavit in the name of the complainant and used the details to open two accounts with one of the new generation banks.

Thereafter, he transferred money in twenty two tranches from the victim’s account.

The one count charge reads: “That you, Yakubu Samaila “M ” sometimes between the months of September and October, 2019 in Kaduna within the jurisdiction of this Honourable Court dishonestly took out of the possession of Isiyaku Yawale, the sum of N 935,000 ( Nine Hundred and Thirty Five Thousand Naira) only from his account Number 6015542621 domiciled at Keystone Bank, without his consent and you thereby committed an offence contrary to Section 270 (1) of the Penal Code Law, 2017 of Kaduna State and punishable under Section 271 of the same Law”.

He pleaded guilty to the one count charge when it was read to him prompting the prosecution counsel, Y.J Matiyak to ask the court to convict him.