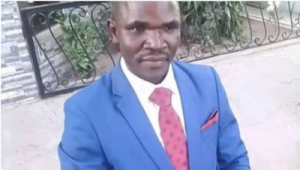 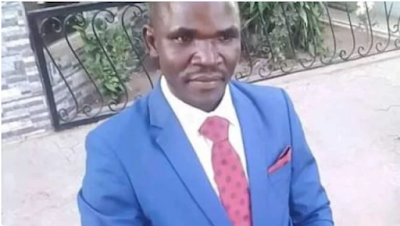 Shuaibu Yohanna, the pastor of New Life for all Nation Church in Masu community, Sumaila LGA of Kano state, has been killed by a mob.

Yohanna was said to have died on September 23 as a result of fatal wounds he sustained during a mob attack allegedly carried out by some irate youths of the community.

The pastor was said to have been targeted after a resident who was believed to have converted to Christianity killed his brother. The culprit was said to have surrendered himself to the police, but that did not douse the tension in the community.

Yohanna’s wife was said to have escaped with their children the night of the attack. The pastor’s house, church and school were reportedly burnt by the mob.

The state chapter of the Christian Association of Nigeria (CAN) has petitioned Abdullahi Ganduje, the governor, demanding the immediate arrest and prosecution of the perpetrators of the act.

In a statement on Thursday, Samuel Adeyemo, CAN chairman in the state, described the killing as inhuman.

“The prelude to the event leading to this dastardly and inhuman act was the family feud that occurred between a young man called Sabo who eventually killed his brother with a piston on Monday, 20th September 2021. The said young man, Sabo who is an inconsistent member of the late Pastor Shuaibu Yohanna’s Church, reported and surrendered himself to the Nigeria Police Force without an arrest,” Adeyemo said.

“Pst Shuaibu as a Peace-loving Christian Community Leader who coordinates over 100 indigenous Churches, with tens of thousands of worshippers in the entire Sumaila Local Government Area, Kano State, attended the Muslim funeral of the Sabo’s sister-in-law which he killed, not knowing that a plot was been hatched against his life.

“He was macheted severally on his head and face with some part of his skull exposed as a result of the visible and deadly matchet wounds. The assailants left Pastor Shuaibu in his pool of blood almost dead. The Christian Association of Nigeria CAN Kano State Chapter the following day Thursday September 23, 2021, visited Masu village where the incident occurred and saw the horrible scene of the incident.”

“Furthermore, we demand that all the destroyed Church building and properties, the burnt school buildings and staff office and his destroyed and burnt house and properties be adequately rebuilt and compensated for. In the same vein, there is the need for the state government to be all out to give the people living in the state adequate security to protect their lives and properties not minding their tribe, religion or status.”

The association, however, commended the spontaneous response of the commissioner of police and the director of the Department of State Services (DSS) who were copied in the petition.