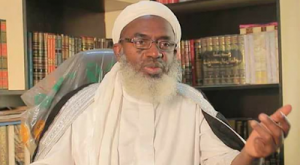 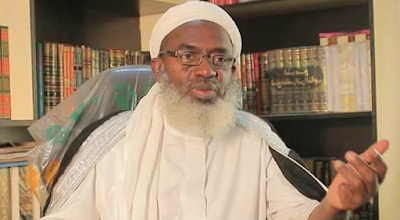 Ahmad Gumi, prominent Islamic cleric, says insecurity is caused by “collective failure”, and as a result of misplaced priorities instead of ensuring good governance.

Gumi spoke on Wednesday, at a public lecture with the theme, ‘Insecurity in Nigeria: The Causes and Youth’s Panacea’, held at the Ahmadu Bello University in Zaria, Kaduna state.

According to the cleric, Nigerian leaders do not have a clear understanding of the negative realities affecting the masses.

“Insecurities (in plural) in Nigeria don’t need any definition. Nobody is secured socially, economically, physically, or even mentally. No personality, no institution is secured from collapse or failure. No tribe, religion, region, or section of the society that is not both a villain and a victim one way or the other. Sorry to say, we are a collective failure and we should all bear the responsibility.”

The cleric, who is known for speaking on behalf of bandits, explained why he is able to access them without fear of being attacked.

“Unfortunately, this ethnic profiling — attributing crimes to a particular ethnic group or religion — has eaten deep into the society. At whatever instance, generalisation is always not good. Before I go there (to meet with bandits), I go through the door, not through the window. If you go through the door, you’ll go in and come back safely. And to make sure I’ll not be castigated or termed as aiding them or being part of them, I go with the authority,” he said.

“When we go to meet bandits, they don’t care whether we have police or not. But there are some that will tell you, ‘don’t come with police from this point’. We go with greeting, gifts, and to tell them we want to teach them how to pray and listen to their complaints.

“When we go, we don’t speak; we give them the microphone to speak, even for one hour, to hear their grievances. Usually, when we approach them, we see that they’re holding their weapons ready to fire any minute. By the time we finish our meeting, they’ll hang their weapons and we’ll be taking pictures. This is the power of human interaction.”

Citing the Qur’an, he said there are ways to discuss with bandits without resorting to violence, adding that, “God is lenient and he will give you through leniency, what violence cannot give you.”

According to Gumi, addressing banditry will take some level of caution, as some of the bandits are also victims.

“Whenever I go to the bandits, the complaints are the same. That’s why this delicate issue has to be cured the way a brain surgeon will go into the brain, remove the tumour cells without damaging the brain cells. It’s so delicate. But that’s not how we’re doing it. It’s like a butcher trying to remove a brain tumour,” he said.

“Tribalism has entered this issue. There’s a lot of forensic examination to be done when the fight is over.

“If you come to them through the door, and treat them like human beings, and respect them, don’t be surprised. If you’re nice to him, if you’re ready to listen, if you try to understand his problem, if you put your legs in his shoes, he’ll listen to you and you’ll go into the forest and come back safely.”