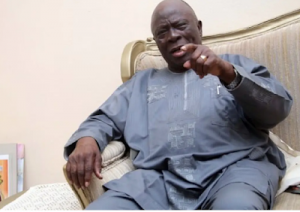 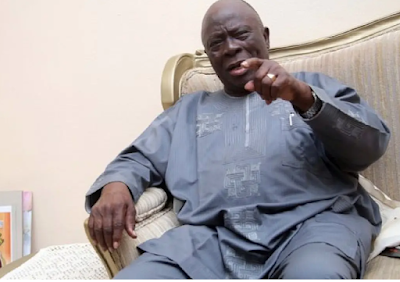 Leader of Pan-Yoruba socio-political group, Afenifere, Pa Ayo Adebanjo, says he does not believe in the forthcoming 2023 general elections because of the worsening security situations in the country.

He stated this on Friday while featuring on PUNCH Online Interview Programme on the occasion of Nigeria’s 61st Independence Anniversary.

When asked what kind of characteristics the next Nigerian President should possess, Adebanjo said, “I don’t believe in 2023, so don’t waste your time. I don’t believe under the present insecurity situation in the country, killings here, kidnappings there, raping there, we can have an election.”

Scores of police stations and offices of the Independent National Electoral Commission have been burnt in the last couple of months by rampaging hoodlums who attack government structures, especially in Southern Nigeria, where the agitation for secession has been the loudest of recent.

‘Tinubu, Osinbajo, Osoba, Akande promised restructuring in 2015 but made a U-turn’

The Afenifere leader also lamented that some All Progressives Congress leaders including Vice-President Yemi Osinbajo; Bola Tinubu, Bisi Akande, Olusegun Osoba, amongst others, promised restructuring during the 2015 electioneering but reneged on their promises after the election of Major General Muhammadu Buhari (retd) as President.

Adebanjo said at 93, he is a very unhappy man because Nigeria’s original Independence constitution, which outlined true federalism and agreed upon by the founding fathers of the country was suspended by the military after the 1966 coup.

The Afenifere leader said that the 1960 Constitution embrace fiscal federalism and encouraged regional autonomy, noting that restructuring is the way forward.

He insisted that the 1999 Constitution foisted on the country by the military is a fraud and there is the need to revisit the law guiding how Nigerians agree to live together.

The nonagenarian said, “How can you say a product of the fraud would amend the fraud?

“They cannot rule us under the rule of the thumb and those of us who fought for democracy will keep quiet? No, it can’t work.

“In 2021, Buhari telling me Nigeria’s constitution is not negotiable? What a balderdash! What an insult! That is not the agreement we made with the founding fathers.

“Who made this constitution? Is it ours? Let him (Buhari) dispute that.”

Buhari, in his address on Friday, had said, “Nigeria is for all of us. Its unity is not negotiable. And its ultimate success can only be achieved if we all come together with a common goal of having peace and prosperity for our nation.”