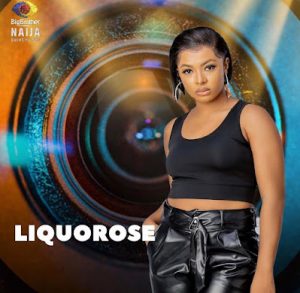 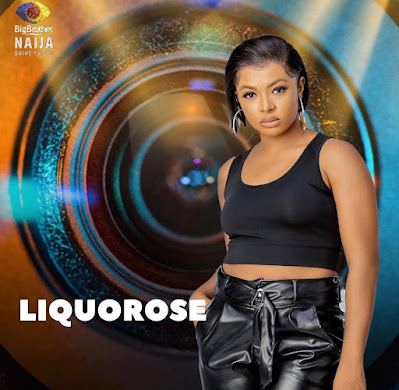 Liquorose has emerged as the first runner up of Season 6 of the Big Brother Naija reality television show themed ‘Shine Ya Eye’.

At the grand finale on Sunday, housemates evicted were Emmanuel, Angel, Cross, and Pere; leaving Whitemoney and Liquorose as the top two housemates battling for the N90m grand prize.

Born Roseline Afije in 1995, the young lady is a jack of many talents; she is a choreographer, entertainer, model, and video vixen.

One of the fans’ favourite, the native of Edo State noted that she discovered her passion and talent in the entertainment industry quite early enough and she didn’t hold back in pursuing her career.

She made her debut as an actress when she was featured in the award-winning, Nigerian TV drama series, The Johnsons, in 2012. Fast-forward to 2015, she starred in the movie ‘The OAP’ and a short film titled ‘HEX’ in 2016.

As a video vixen, some of her notable works include her feature in the music video ‘Chop Am’ by Reekado banks, ‘Yo Yo’ by Selebobo, ‘Oh Oh’ by Runtown, ‘Jalla’ by Xcellente featuring Solid Star, among others.

Liquorose was an established name before she headed into the Big Brother Naija house as she is one of the trio of the Girls Got Bold dance crew.