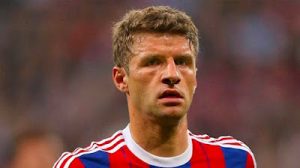 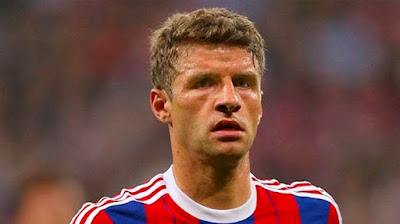 Thomas Mueller has admitted Bayern Munich’s first home Bundesliga defeat for two years was a wake-up call after the Bavarian giants had won their nine previous games this season.

“We are of course disappointed. Or angry, annoyed, I don’t know which best describes it,” said Mueller in the wake of Sunday’s 2-1 shock home loss to Eintracht Frankfurt.

“This is a game that we definitely didn’t have to lose.”

Bayern and new coach Julian Nagelsmann suffered their first defeat in any competition this season as Filip Kostic hit a low shot past Manuel Neuer from a tight angle seven minutes from time.

It was the Bavarians’ first home league defeat since November 2019 and Frankfurt’s first win at Bayern for 20 years.

Bayern had 20 shots on goal to the visitors’ five and had 73 percent possession, but paid the price for not making their domination count.

Despite the setback, Bayern stay top of the Bundesliga, but level with Bayer Leverkusen, who also have 16 points. The clubs meet in a fortnight when the Bundesliga returns after the international break.

After seeing Leon Goretzka’s first-half shot fly past him for Bayern’s opening goal, Trapp did superbly to block a Robert Lewandowski header early in the second half.

“That was pure intuition, you don’t have much time to think about it,” said Trapp after the reflex save with his foot.

He then denied Serge Gnabry, Leroy Sane and Lewandowski again before celebrating wildly with his teammates after the final whistle at the Allianz Arena.

“I don’t think many believed that we had a chance here,” added Trapp after Frankfurt’s first win this season under new coach Oliver Glasner.

“It was really a lot of work but we defended very well against a Bayern team that is in incredible shape.”