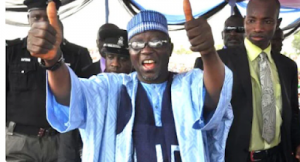 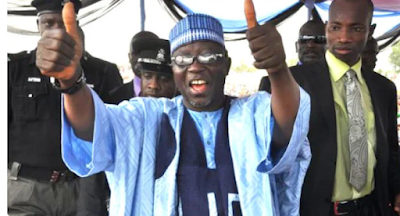 Umaru Tanko Al-Makura, senator representing Nasarawa central, has declared his interest to contest for the office of the national chairman of the All Progressives Congress (APC).

Al-Makura declared his intention on Monday to run for the office of the APC national chairman while speaking at a campaign rally ahead of the party’s LGA congresses in the state.

The former Nasarawa governor, an associate of Bola Tinubu, national leader of the APC, told his audience that he was presenting himself for the position to foster unity in the APC.

The lawmaker, said if elected, he will ensure that the values that birthed the party in 2014 are preserved.

The ruling party has not officially announced a “zoning arrangement”, but there has been talks of a power shift to the south after the tenure of President Muhammadu Buhari ends in 2023.

The Peoples Democratic Party (PDP) governors have already zoned the office of the national chairman to the north, an indication that the south will have the presidential ticket at the general election in 2023, if their position is adopted by the party.