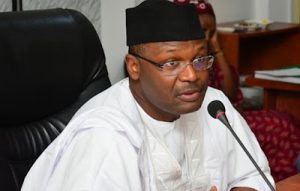 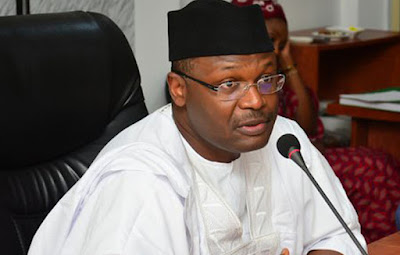 The Independent National Electoral Commission (INEC) has insisted on conducting the Anambra State governorship election on the earlier date of November 6 despite threats from the proscribed Indigenous People of Biafra, IPOB to halt the exercise.

The secessionist group had vowed that the election would not hold owing to the refusal of the Federal Government to release its leader, Mazi Nnamdi Knau who is currently in the custody of the Department of State Services, DSS in Abuja.

The threat has triggered fear among residents of the state as unknown gunmen who are alleged to be the members of the Eastern Security Network, ESN, a security wing of the IPOB continue to wreak havoc in Anambra and other parts of the region, leading to suspension of campaigns by some top political officials.

Following the security situation in the state, INEC on Tuesday had an emergency Inter-Agency Consultative Committee on Election Security meeting to deliberate on the matter.

Speaking during the meeting, INEC Chairman, Prof. Mahmood Yakubu, insisted that the election would not be postponed due to the security situation.

“Unfortunately, the situation has deteriorated markedly since our last meeting. Many innocent persons have been killed and property destroyed.

“From the reports, we have received, the stated goal of many of the assailants is that the governorship election scheduled for 6 November 2021 must not hold.

“This is worrisome for the commission. We are deeply concerned that specific electoral facilities and materials could once more become targets of attack. Recall that in May this year, our State Office at Awka was attacked and all the non-sensitive materials assembled for the election at the time were destroyed.

“In addition, our store, collation centre and the main office building were either totally or substantially damaged. The Commission also lost several vehicles to be used for the election.

“To underscore this determination, the commission is implementing two more activities on the Timetable for the election in the next few days. The register of voters will be presented to political parties in Awka on Thursday 7 October 2021. On the same day, the commission will publish the final list of candidates for the election,” he said.