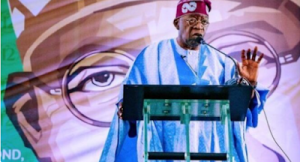 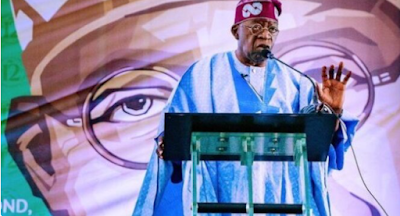 A member of the House of Representatives, Abubakar Lado Suleja (APC,Niger) has explained the viral video, in which he referred to Asiwaju Bola Tinubu, as ‘Mr President’ during the visit to him in London last week.

Leaders of the Northern caucuses of the APC, led by deputy speaker Ahmed Wase, visited Tinubu in London on 1 October.

In the video, Suleja told Tinubu as he made to enter his car: “Mr President, see you soon.” Tinubu responded by saying “Thank you.”

Suleja confirmed to Daily Trust that he addressed Tinubu as Mr President.

When asked if the country now has two presidents, he said: “No, we don’t have two presidents, maybe you didn’t listen to the video very well because when I said Mr President, Insha Allah followed it, which means by God’s grace.

“The purpose of our visit was to see his health condition, to pray for him and wish him well. He is very okay and as you can see from the video clip, he looks fine. He stood for almost one hour addressing us.”

Suleja faulted the claims that their visit was to endorse the candidature of Tinubu for the presidency.