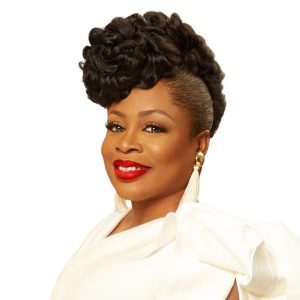 Nigerian gospel artist, Sinach has received a certificate of recognition from the 18th Congressional District of Texas.

“They have the freedom, through song, to discover their destiny and maximize their hidden potential through communion with the one true God. Indeed, your tireless efforts are completely deserving of the respect, administration, and commendation of the United States Congress,” Jackson Lee said.

The congresswoman also recognised Sinach for hosting a successful concert that took place on the 2nd of October in Houston, Texas.

Sinach’s gospel concert was attended by people from across the United states and the main hall was full of worshippers who came to enjoy God’s presence, reports said.

Part of the recognition letter reads, “Music is one of the most important and powerful things in life. It brings people together and allows us to experience the same emotions.

“People everywhere are the same in heart and spirit. No matter what language we speak, what color we are, the form of our politics, or the expression of our love and our faith, music proves; we are all human beings.

“Thank you for spreading this universal language throughout the world.”