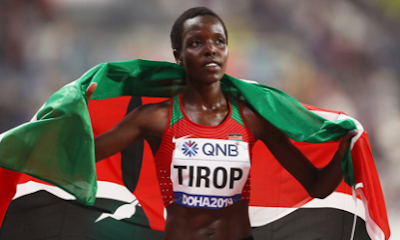 Kenyan Olympic star, Agnes Tirop, has been found dead in her home after she was allegedly stabbed by her husband.

Her death was confirmed by Barnaba Korir, the chairperson of Athletics Kenya in Nairobi Region.

In a statement , he wrote, “Athletics Kenya are distraught this afternoon to learn about the untimely death of World 10,000m bronze medalist Agnes Tirop.

“Tirop was found dead at their home in Iten after she was allegedly stabbed by her husband. We are still working to unearth more details surrounding her demise.”

He noted that Kenya has lost a jewel (Tirop) who was one of the fastest-rising athletics giants on the international stage.

Tirop made history with 28 seconds off the long-standing, women-only world record for 10km at the Adizero Road To Records event in Germany.