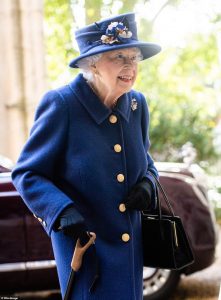 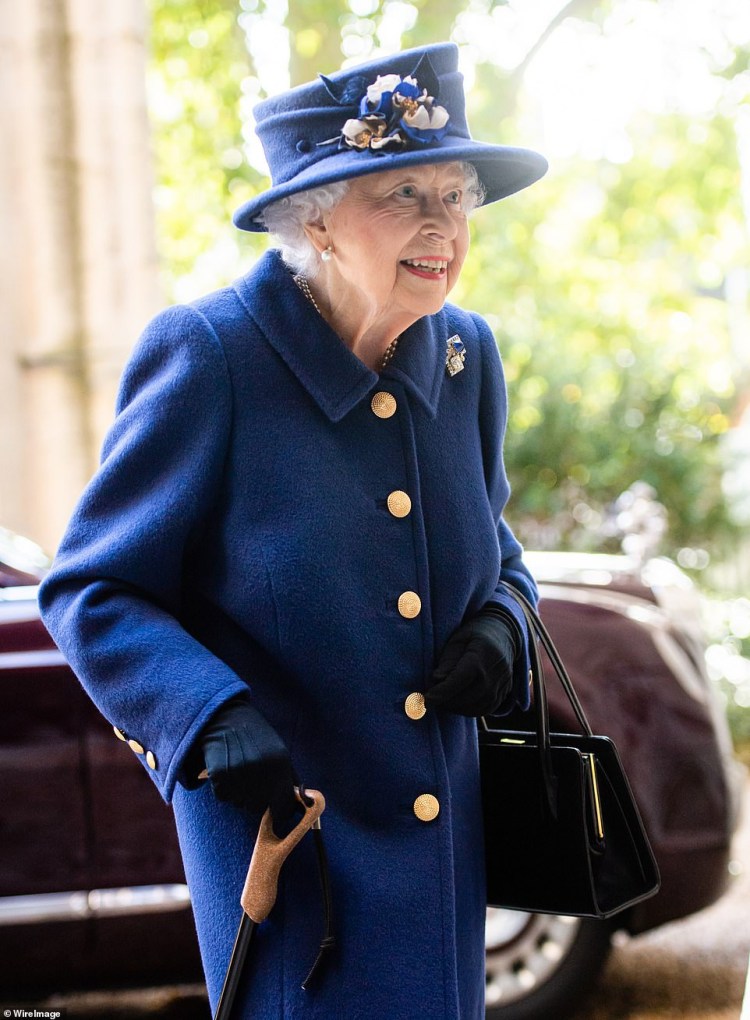 British Monarch, Queen Elizabeth II used a walking stick as she arrived for a service of thanksgiving to mark the centenary of the Royal British Legion at Westminster Abbey on Tuesday.

The 95-year-old was accompanied by her daughter, Princess Anne as she stepped out of a car in London this morning.

She was handed the stick after stepping from her state limousine, and appeared to be moving freely as she walked to her seat for the start of the service.

The Queen is rarely seen with a walking stick despite her age, the last time she used a walking aid was in 2003 after she had knee surgery.

It is believed to be the first time she has used a walking aid at a major public event.

The Queen, who is the Royal British Legion’s patron, did not arrive by the traditional great west door but via the poet’s yard entrance, a shorter route to her seat.

Both developments are understood to be tailored for the Queen’s comfort. 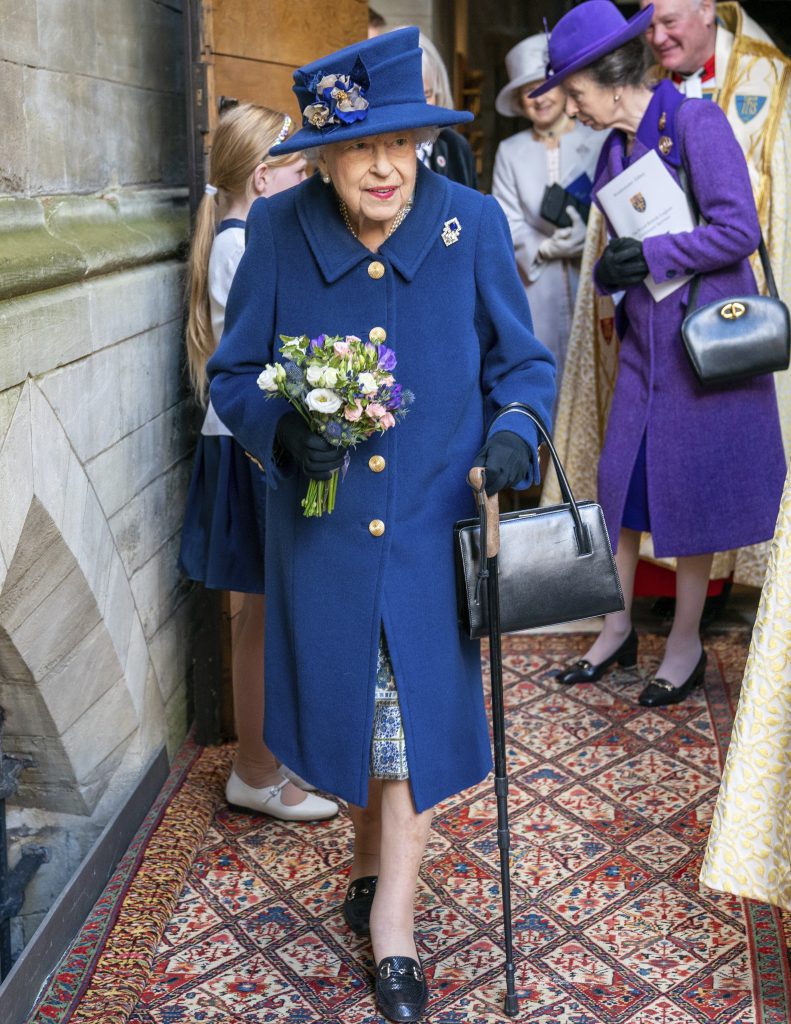