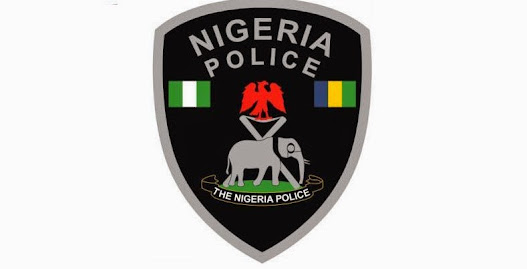 Ahead of the November 6th, 2021 Anambra Governorship elections, Inspector-General of Police, Usman Alkali Baba has revealed that the Police is in possession of intelligence showing that subversive elements are planning to threaten the process and the smooth conduct of the election.

Consequently, the IGP has tasked Squadron Commanders of Police Mobile Force and their units that will be deployed for the elections to ensure they deter the elements by being ruthless noting, “The task of securing our democratic values and guarantying a safe, secure and credible electoral process in Anambra state will rest squarely and majorly on some of you, the Squadron Commanders”.

Alkali Baba who spoke while declaring the one day Squadron Commander’s Conference in Abuja, also warned of severe consequences for those involved in unprofessional conduct and other infractions being committed by PMF personnel across the country especially as it pertains to illegal deployments.

He said, “As you are aware, the Anambra governorship election will hold on 6th November, 2021. The election security action plan will as usual revolve Units of the Mobile Police Force. The import of this is that most of your operatives will be deployed to deter subversive elements that are planning to threaten the process, while others will be deployed to secure personnel and materials of INEC, as well as other critical national infrastructure”.

“While the detailed operational action plan in this regard will form a key part of our discourse during this conference, I must strongly warn you to ensure that you demonstrate high level of professionalism, strong supervisory capacity on your units, and the firmness and courage which are the traditional hallmarks of the Police Mobile Force”.

“I charge you to cultivate the spirit of team work and inter-agency cooperation, knowing that you will operate side by side other sister security agencies and officials of INEC. Above all, you must remain apolitical while being ruthless with violent elements and ill-guided political thugs that may wish to test our common will to deliver a transparent and credible electoral outcome”.

Disclosing that plans are on to reposition the PMF as one of his Police leadership agenda, IGP Baba said, “In furtherance to this, all the Squadron Commanders shall be leaving this conference with new sets of operational assets which have been approved for issuance with a view to sharpening your operational capacity”.

“Plans are also underway to issue more weaponry and operational vehicles to enhance your operational mobility and combat ability. The Deputy Inspector General of Police in charge of operations has also been tasked to commence the process of training and re-training of operatives of the PMF in order to strengthen your operational capacity and exposing you to modern tactical and combat requirements”.

“Much as I am determined to motivate you to advance your mandate as the striking arm of the force, let none of you be in doubt of my firm resolve to deal decisively with any Squadron Commander that lacks command capacity as well as those who are unwilling to key into our mission of reforming the PMF and repositioning the force”.

“Discipline, professionalism and operational excellence are the bedrocks of PMF. Any personnel that is deficient in any of these has no justification to remain within the PMF system as they are not only dangers to the force, but to the nation. Accordingly we shall not spare any PMF operative that continues to conduct himself or herself in manners that are not edifying to the Nigeria Police force.

“Consequently, the AIG PMF has been directed to put machinery in motion to identify and rationalize such incorruptible elements out of the PMF”, the IGP said.