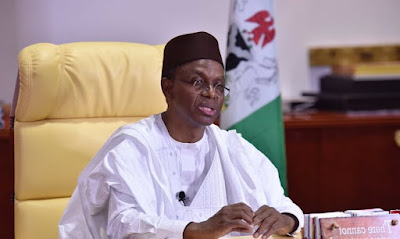 Nasir el-Rufai, governor of Kaduna, says the north-west region is worried over the possibility of Boko Haram insurgents relocating from the north-east.

He said this on Thursday, during the inaugural edition of the ‘Fountain Summit’, an event organised by the Ekiti government.

In May, Abubakar Shekau, leader of the Boko Haram group, had been reported killed by the Islamic State in West Africa Province (ISWAP), a breakaway faction of Boko Haram.

Although there had been previous announcements of the death of Shekau, since May, there haven’t been public video appearances of the Boko Haram leader.

Speaking further, the Kaduna governor said all Nigerians should be concerned about security issues, irrespective of which region is more affected by insecurity.

El-Rufai added that although Kaduna is facing security challenges, investors are aware that their assets are safe.

“We have security challenges, but our investors know where their assets are and they know that those assets are safe and we’ve never seen the headlines of security affecting our inflow of investments,” he said.

“But we must work on improving security or more than that, we must stop this ‘us versus them’ mentality and collaborate more closely.

“When they are chased out of the north-west, where do you think they will come? Somewhere else. It is something we should all be concerned about; not only federal and state collaboration, but also across the country.

“Don’t see what is happening in Kaduna and say it is not my problem. It will be your problem one day, unless it is solved.”

Speaking further on security issues in Kaduna, the governor said there is a major difference between what is reported and how it reflects the realities in the entire state.

“There is a major difference between security in headlines and security in facts. Kaduna state has 46,000 square kilometres of land,” he said.

“I joke with my south-east governor friends that the whole of five states of the south-east can fit into Kaduna state, two and the half times.

“So there are many ungovernable spaces in our state. But you see, when an incident occurs in one part of the state, remotely connected with what is happening in Kaduna or Zaria or in the metropolitan centres, people think the entire Kaduna state is unsafe.