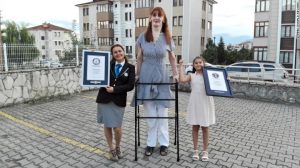 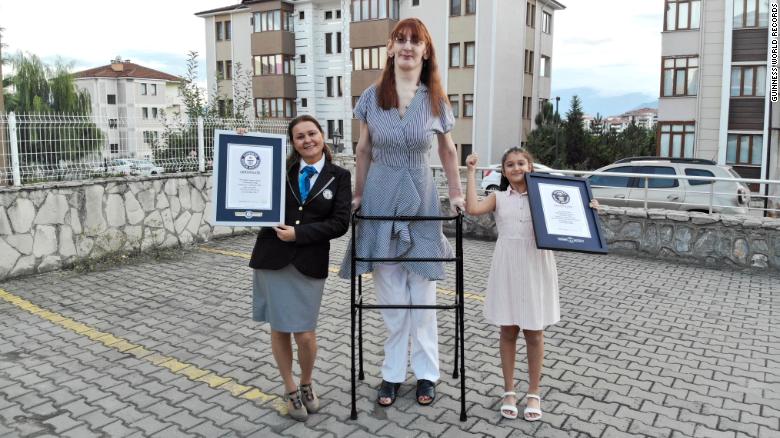 A Turkish woman, Rumelysa Gelgi who stands at 7 feet, 0.7 inches has been declared the world’s tallest woman by Guinness World Records.

The 24-year-old’s height is due to a rare condition called Weaver syndrome that causes accelerated growth among other symptoms including skeletal maturation, GWR said in a statement.

As a result, she uses a wheelchair to get around most of the time, though she can move using a walker for short periods.

Gelgi was first named the world’s tallest living female teenager in 2014, at the age of 18.
She is keen to use her platform to inform people about rare medical conditions like Weaver.
“Every disadvantage can be turned into an advantage for yourself so accept yourself for who you are, be aware of your potential and do your best,” she said in the statement. 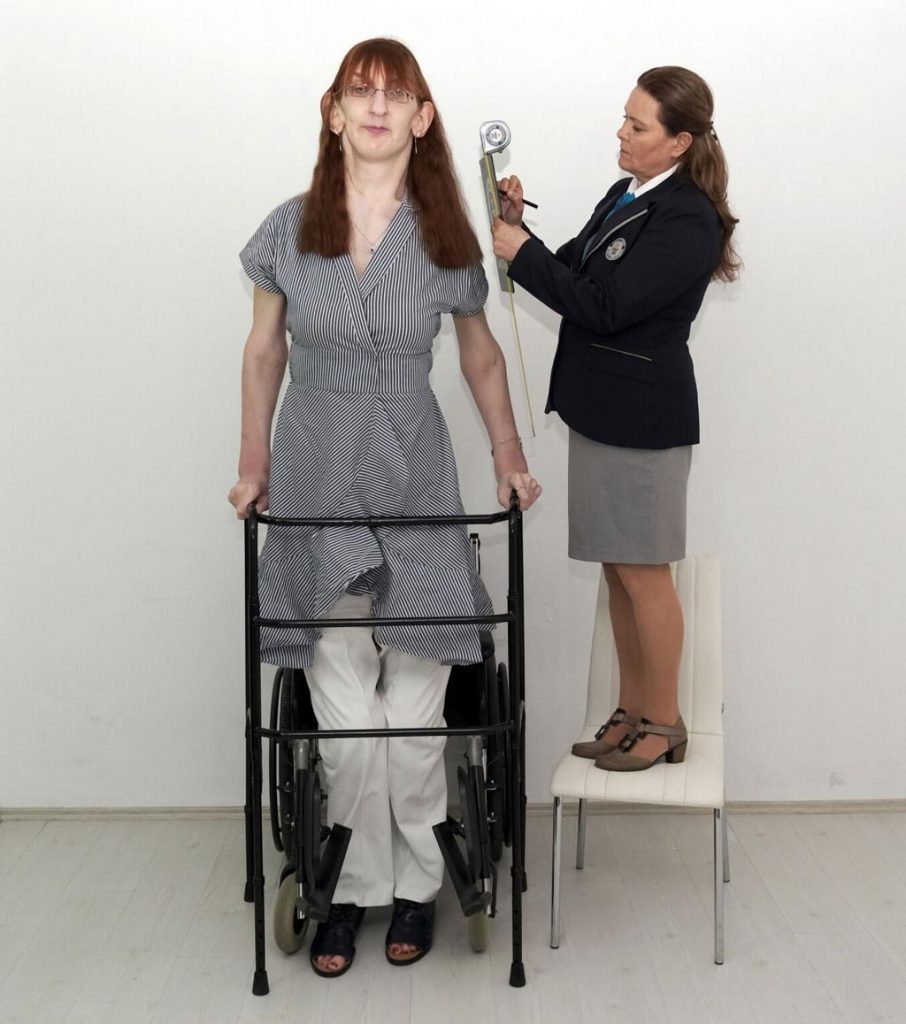 The previous record-holder was China’s Yao Defen, who stood at 7 feet, 7 inches before she died in 2012 at the age of 40.

The last time the two tallest people hailed from the same country was in 2009 when China’s Defen and Bao Xi Shun (7 feet, 8.95 inches) held the tallest woman and tallest man records respectively.