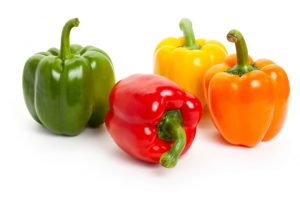 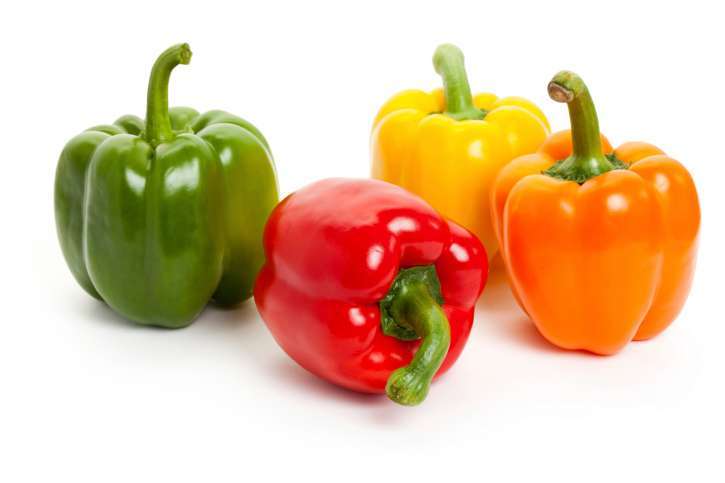 Bell peppers also known as sweet peppers belong to the nightshade family along with aubergine, tomatoes and potatoes which are native to Central and South America.

Bell peppers come in various colors, such as red, yellow, orange, and green. The green peppers which are unripe have a slightly bitter flavor and are not as sweet as fully ripe ones.

Like their close relatives, chili peppers, bell peppers are sometimes dried and powdered. In that case, they are referred to as paprika.

They are low in calories and exceptionally rich in vitamin C and other antioxidants, making them an excellent addition to a healthy diet.

A non-hot relative to the chili pepper, bell peppers can be eaten in different ways, raw, boiling, steaming,  stir-fry, grilling or roasting.

Like other vegetables, nutritional value will be affected by preparation and cooking methods.

Here are some benefits of adding bell peppers to your diet.

Bell peppers are packed with a high dose of Vitamin C which helps boost immunity. Vitamin C plays a significant role in the human immune system by activating immune cells among other contributions.

Studies show that 1 cup of sliced red bell peppers gives you 157% of your daily vitamin C content, making them a great way to stay healthy.

Carotenoids are responsible for the bright red, yellow, and orange coloring in many fruits and vegetables.

Numerous studies suggest that regularly eating foods rich in carotenoids and especially lutein and zeaxanthin, may cut the risk of eye blindness, cataracts, and macular degeneration. They also protect your retina — the light-sensitive inner wall of your eye — from oxidative damage.

Bell peppers are very low in fat and calories, that’s because, like a lot of vegetables, they are made up of mostly water and dietary fiber. This makes them an ideal snack option, or a great supplement for the main meal especially for those trying to lose some weight.

Owing to their high concentration of ascorbic acid, Bell peppers help in the formation of collagen which improves skin health. The lutein and zeaxanthin contained in bell peppers also help keep the skin healthy as well as help fight against skin cancer.

5. It reduces the risk of heart disease

The capsaicinoids found in bell peppers help trigger endorphins, which are natural painkillers. In addition, these substances help desensitize the nerves to pain, as well as trigger pain relief.

Vitamin C and vitamin K, both found in bell peppers, have anti-inflammatory properties, which reduce swelling and protect against osteoporosis.

Red bell peppers have been found to improve sleep due to their high content of vitamin C. The vitamin lowers the level of cortisol in the body, which is usually released when the body is under stress and leads to difficulty in falling asleep. Thus, the vitamin C contained in the bell peppers can help improve sleep by reducing the level of stress hormones in the blood.

The high folate content found in bell peppers makes them an ideal food for pregnant women. Folate has been proven to be effective in preventing miscarriages, preterm births, as well as a variety of birth defects in children. In addition, vitamin A, also found in bell peppers is important in enhancing the reproductive functions of individuals.

Bell peppers are said to be cancer management foods due to their high concentration of vitamin C. For instance, vitamin C has been found effective in improving the survival chances of patients suffering from uterus cancer.

In addition, studies have shown that vitamin C lowers the risk of developing a number of cancers that include stomach, oral cavity, breast, rectum, oesophagus, cervix, and pancreas cancers.