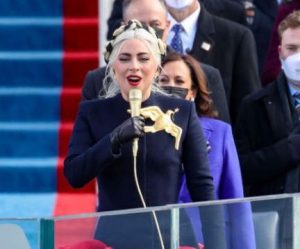 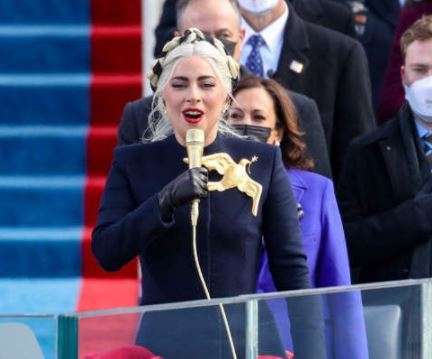 The “House of Gucci” actress opened up about performing at the presidential inauguration in January in an interview with British Vogue published on Tuesday.

She called singing at the US Capitol “one of the proudest days of my whole life.”

“I felt a deep fear when Trump was president, and ushering 45 out and 46 in is something I’ll be able to tell my children all about,” Gaga told the magazine.

She continued that she was “singing in a Schiaparelli bulletproof dress” at the ceremony and that if she hadn’t been a performer, one of her dreams was to become a “combat journalist.”

Gaga added: “When I was at the Capitol, the day before the inauguration, I remember walking around and looking for evidence of the insurrection.”

Gaga took to the stage at the inauguration before Vice President Kamala Harris was sworn in and sang the “Star-Spangled Banner” while wearing a blue jacket and a voluminous red skirt. 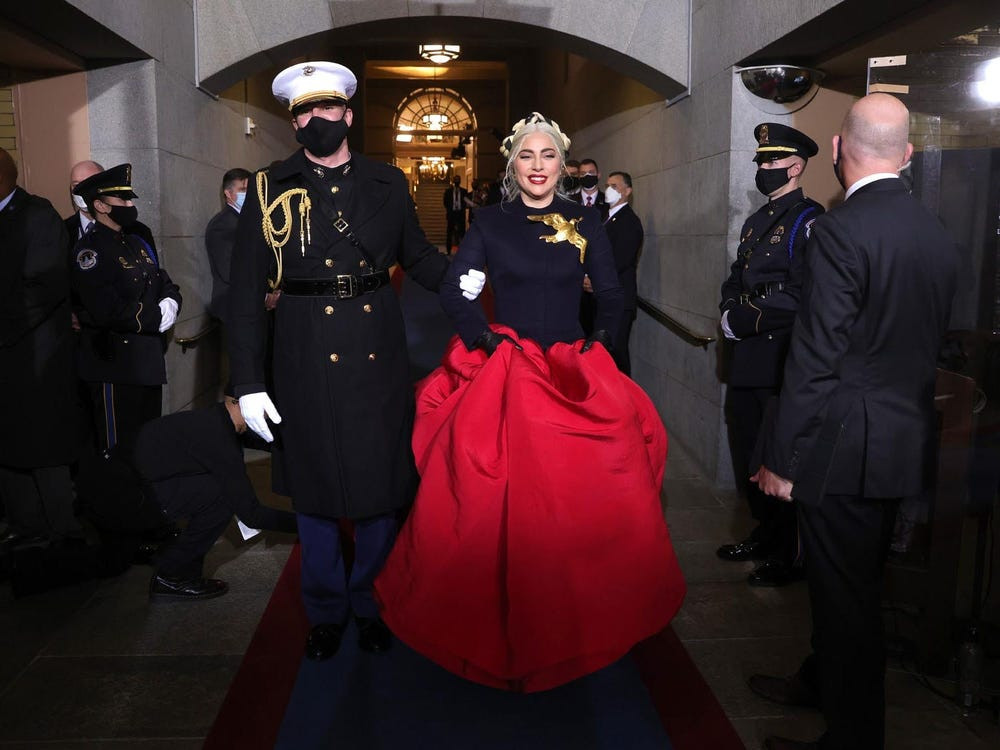 Her hair was styled into crown-like braids with a black ribbon and she wore an oversized brooch of a dove carrying olive branches.