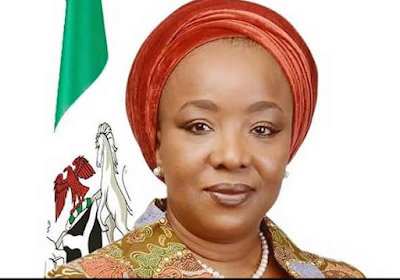 The Federal Government has disclosed that it is considering stricter sanctions for companies involved in oil spillage in the Niger Delta.

The Minister of State for Environment, Sharon Ikeazor, who revealed this on Thursday at the weekly ministerial press briefing organised by the Presidential media team at the Presidential Villa, Abuja, also explained that her ministry is engaging other relevant government agencies to achieve this.

Ikeazor said that ministry of environment is working to amend the law establishing the National Oil Spillage Detection and Response Agency to build its capacity and give it “the needed teeth to bite.”

She added, “We need to put strong legal framework to stop the oil spills that is going on. The devastation in Niger Delta is massive — this is something we need to tackle headlong.

“We need to review the NOSDRA Act— National Oil Spills Detection And Response Agency. We need to put stiffer penalties in place to be able to have the teeth to bite. The government is working to create alternative livelihood for the communities to be able to move them away from illegal activities.”

She further explained that the operating company of the OML29 in Nembe, Bayelsa state, has blamed the most recent oil spillage in the country on sabotage by the locals.

The minister announced that the Santa Barbara spillage has been brought under control after weeks the incident occurred; with necessary personnel and equipment deployed to begin recovery and remediation efforts.

She, thereafter, stressed the need to put an end to artisanal refineries, which she said had continued to cause pollution in the Niger Delta.

The minister also lamented the high rate of deaths from smoke especially among women in the country.

According to her, Nigeria ranks the highest in the global list of death cases arising from smoke inhalation.

She said something must be done about the ongoing gas flaring, noting that the country cannot be committed to net zero emission and involve in indiscriminate gas flaring at the same time.