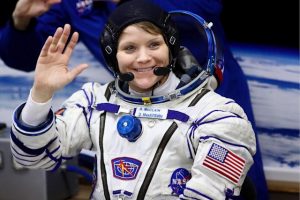 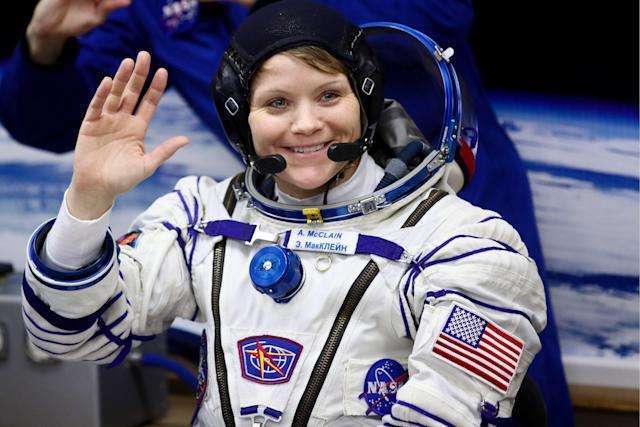 NASA astronaut Dr Jessica Watkins, 33, is about to become the first black woman to complete an extended stay on the International Space Station (ISS)

33-year-old Watkins, who was selected as an astronaut in 2017, is the newest member of the SpaceX Crew-4 mission that is expected to launch in April 2022 and spend six months in the giant lab.

She joins NASA astronauts Kjell Lindgren and Robert Hines, as well as Samantha Cristoforetti of the European Space Agency (ESA).

Watkins told The New York Times she hopes a visit to the space station will be an example for children of color, and “especially young girls of color, to see an example of ways they can participate and succeed.”

“That’s been really important to me, so if I can contribute in some way to that, it’s definitely worth it,” she said in an interview with the news channel.

Watkins is not only an astronaut, but also a geologist and played rugby while studying at Stanford University.

In June 2017, Watkins was selected as a member of NASA Astronaut Group 22 and began her two-year training in August. In December 2020, she was selected to be part of the Artemis team to bring humans back to the moon.

This means Watkins will be the second black person and the first black woman on board.

Watkins was born in Gaithersburg, Maryland, but moved to Lafayette, Colorado at a young age and considers the mountain state her home.

She received a bachelor’s degree in geological and environmental sciences from Stanford University and a doctorate in geology from the University of California, Los Angeles.

While attending Stanford, Watkins played rugby as a freshman and continued to play for the next four years.

Watkins played for the USA Eagles in 3rd place at the 2009 Rugby World Cup Sevens.