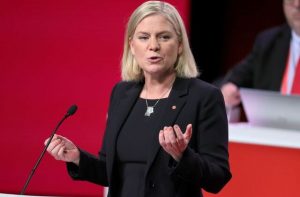 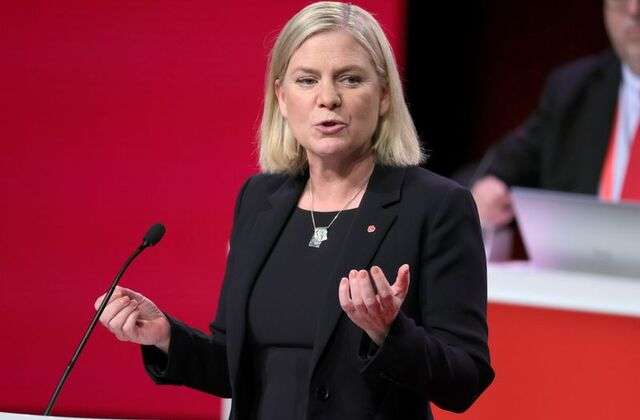 Sweden’s first female prime minister has been reappointed after political turmoil forced her to resign within hours of taking the post last week.

She will attempt to lead a one-party government until an election in September next year.

Ms. Andersson had been elected as Sweden’s first female prime minister by a single vote in parliament last Wednesday. Hours later, she stood down as PM after her coalition collapsed.

But the 54-year-old economist’s plan for forming a new coalition government with the Green Party was thrown into disarray when her budget proposal failed to pass.

Instead, parliament voted for a budget drawn up by a group of opposition parties, including the far-right Sweden Democrats.

The Green Party said it would not accept a budget drafted by the far-right and walked away from the government, leading to its demise.

By convention, the prime minister in Sweden is expected to resign if a coalition party leaves the government.

To be appointed prime minister under Sweden’s political system, a candidate only needs to avoid a majority voting against them.

At a news conference after the vote, Ms. Andersson said she was ready to “take Sweden forward” with a programme focused on welfare, climate change, and crime.

But without the support of other parties, Ms. Andersson will struggle to pass legislation in parliament, where the center-left Social Democrats hold 100 of 349 seats.