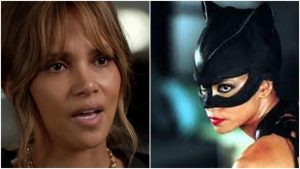 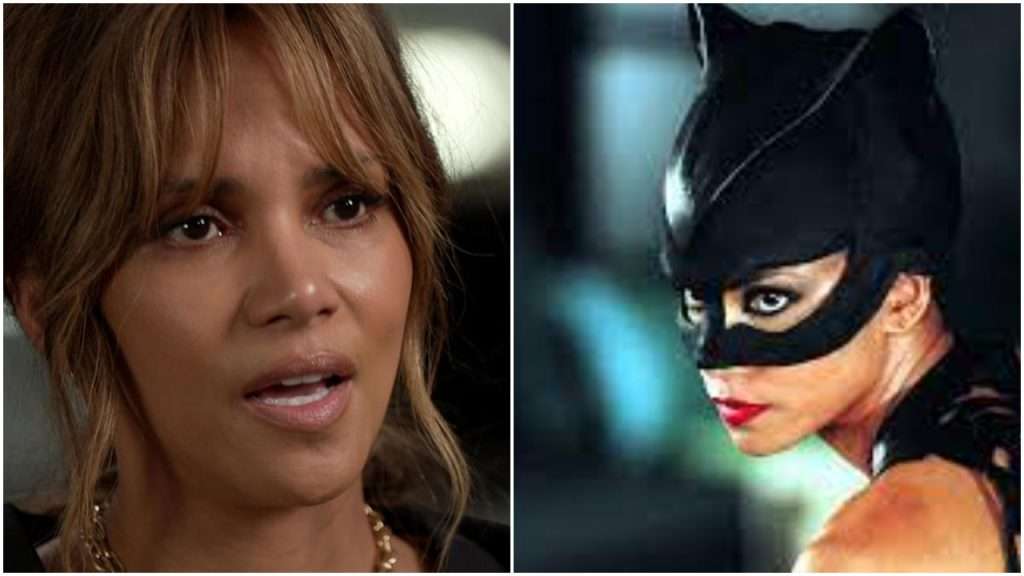 Hollywood actress, Halle Berry has revealed that she set the Golden Raspberry Award she won for “Catwoman” on fire in 2005 after accepting the prize in person. Berry had won the Worst Actress award for the 2004 movie.
Widely referred to as the Razzies and Razzie Awards, the Golden Raspberry Awards is a parody award show that honors the worst cinematic projects of the year.
Her acceptance speech made headlines when she held her Razzie in one hand, and her Oscar for her 2002 performance in “Monster’s Ball” in the other.
In an interview with Vanity Fair, The 55-year-old actress has given her reasons for collecting the award.
She explains that the culture surrounding the Academy Awards can lead to winners feeling superior when in reality they’re no better than their fellow nominees adding that if she can collect an Oscar, she can also take a Razzie.
Berry said; “I went to the Razzie [Awards] because I feel like we all take ourselves so seriously.”If we get an award, if we get the Oscar, we somehow are made to feel like we’re somehow better than everybody else, but we’re really not. You were just chosen that year by your peers, and you were acknowledged for doing what they considered stellar work…If you find yourself face to face with a Razzie, does that mean you’re the worst actor there ever was? Probably not. You just got the piss taken out on you that year by a group of people that can.”
If I can show up to collect an Oscar when you’re honoring me, I can certainly show up to collect a Razzie when you say, good try, but do better. I always learned that if you can’t be a good loser, then you don’t deserve to be a good winner. So I went there and made fun of myself. I had a great time and then I set that thing on fire. That’s what I did!“
Oscar-winner Berry is now officially a feature film director after helming “Bruised,” her directorial debut that world premiered at AFI FEST and premiered on Netflix shortly before Thanksgiving.

The post Hollywood Actress Halle Berry Reveals Why She Set Her ‘Catwoman’ Award for Worst Actor On Fire After Accepting It appeared first on FabWoman | News, Style, Living Content For The Nigerian Woman.