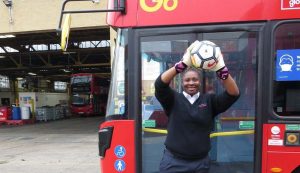 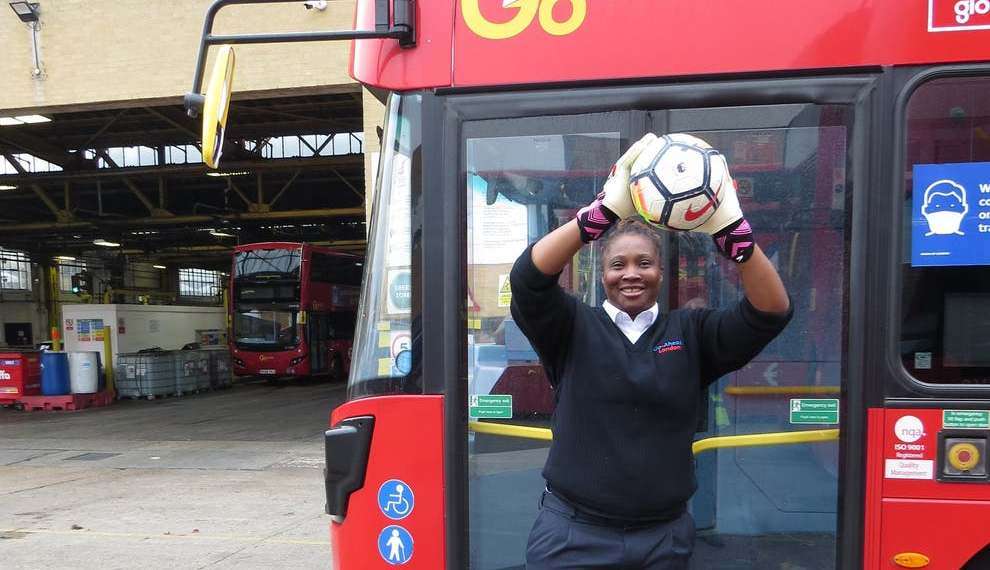 A former Super Falcons goalkeeper Rachael Aladi Ayegba has found a new life outside football after years of playing the game at the highest level.

Ayegba, who played for the Falcons at the 2007 Women’s World Cup in China, the 2006 and 2008 African Women’s Championships and had an 11-year stint as a professional player in Finland, has now turned to bus driving in the United Kingdom.

The former goalkeeper revealed she had visited London for years on holiday and always admired the double-decker buses.

This perhaps explains why Ayegba who has a UEFA A Goalkeepers License, is happy with her newfound love on the wheels.

The 35-year old while speaking with the Evening Standard showed how her experience as a goalkeeper is positively rubbing on her new role as a bus driver.

She said: “When you are trying to save the ball, you need safe hands. But there are ten others on your side,” she said. “When you drive a bus, you are on your own.”

“In goal, the whole game is in front of you. Driving a bus, at least half the things that could go wrong are behind you or otherwise out of vision.

“Mentally you have to be 100% ready, if you are a goalkeeper the defenders can help you. You can’t make any mistakes driving a bus.”

There is a national shortage of bus drivers in the UK that is forcing people into cars and clogging up the roads and thereby opening new opportunities for the likes of Ayegba.