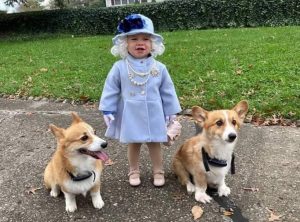 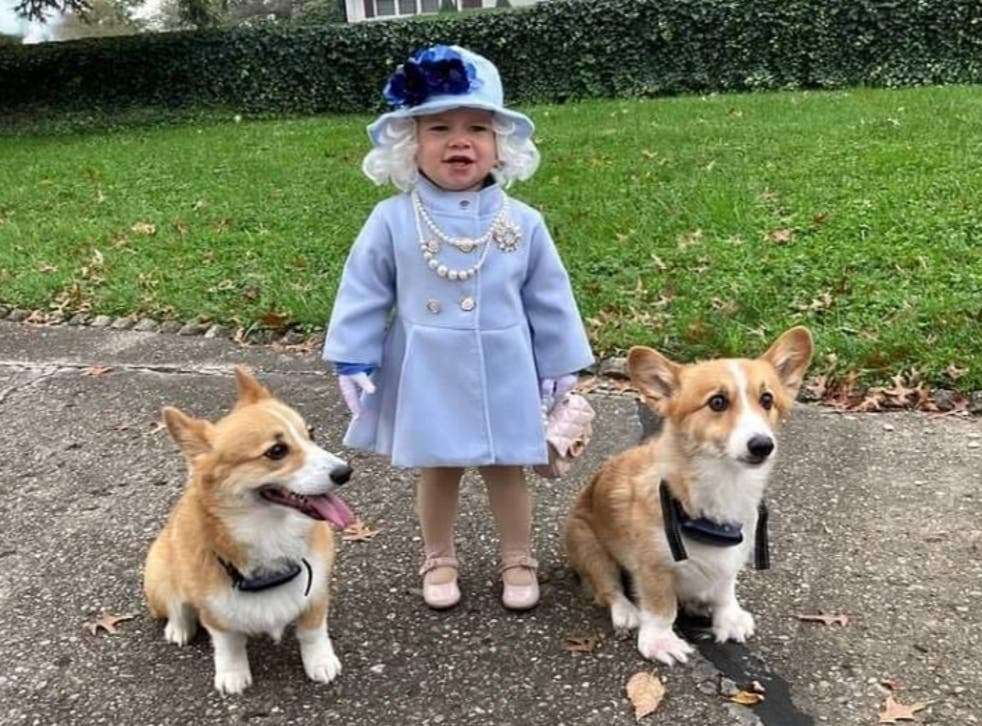 A toddler has received a letter from Windsor Castle after she dressed up as the Queen last Halloween.

One-year-old Jalayne Sutherland from Ohio, US caught royal attention after donning an adorable double-breasted overcoat with matching hat, a white wig and pearls around her neck.

Sutherland copied the monarch’s look from her 95th Trooping the Colour Parade in June 2020.

Sutherland’s mother, Katelyn, had sent her adorable pictures to the Queen. To her surprise, the Queen replied to her letter and greeted the little girl on Christmas, The Sun reported.

Speaking about the photographs, the little girl’s mother said, “Our dogs are our daughter’s best friends, and that was the biggest inspiration for the outfit.”

She was photographed by her mum, Katelyn Sutherland, standing alongside her family corgis, Jack and Rascal.Katelyn, from Ohio, America, sent the photograph to the Queen on a whim – and said she did not expect to receive a reply, reports Nottimghamshire Live.Speaking about the photographs, the little girl’s mother said,  “Our dogs are our daughter’s best friends, and that was the biggest inspiration for the outfit.”

“We wanted to do something that would allow them to all be involved at the same time. We adore the Royal Family and admire the Queen’s faith,” she adds.

Katelyn said her daughter’s costume was met with lots of praise as she took her trick-or-treating on Halloween.

She added: “While walking around on Halloween we received many, many compliments but my favourite reactions were when people bowed to her or did the royal wave and said, ‘Your Majesty!’”

The letter read: “The Queen wishes me to write and thank you for your letter, and for the photograph you thoughtfully enclosed.

“Her Majesty thought it kind of you to write to her, and The Queen was pleased to see the photograph of your daughter, Jalayne, in her splendid outfit.

“Her Majesty hopes you all have a very Merry Christmas, and I am enclosing a little information about the Royal Pets, which Jalayne might like to have.”

The letter was stamped with the Windsor Castle insignia and dated December 9, 2021.

The post Queen Elizabeth Sends Letter To One Year-Old Who Dressed Up As Her For Halloween appeared first on FabWoman | News, Style, Living Content For The Nigerian Woman.