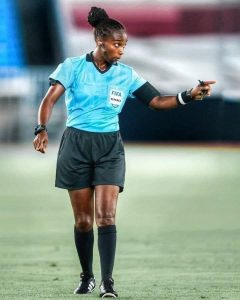 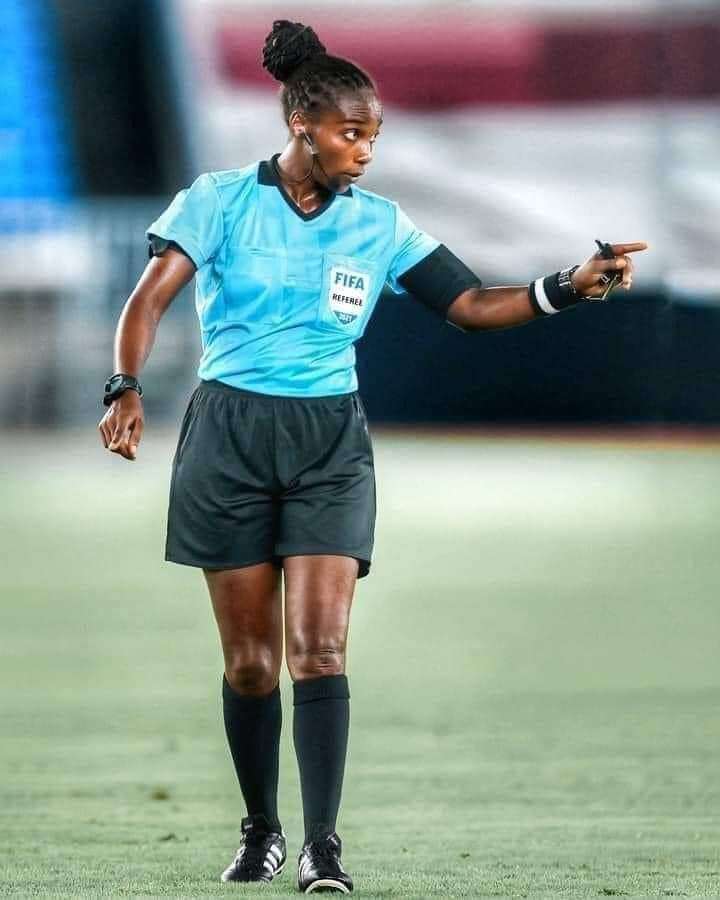 Salima Mukansanga will make history at the 2022 African Cup of Nations as the first woman to ever referee at the tournament.

Rwanda-born Mukansanga is one of the four female match officials who will officiate at the tournament which kicks off today, Sunday, January 9th.

While the other three females would work as assistant referees, Salima Mukansanga will officiate as a center referee.

Mukansanga is part of the FIFA International Referees List – making her qualified to officiate at international level and wear a FIFA badge on her uniform.

The 33-year-old is already an experienced and well-respected official in the women’s game, having taken charge of matches at the Women’s World Cup, Africa Women’s Cup of Nations, and the CAF Women’s Champions League.

Mukansanga also served as a referee in the women’s football event at the Tokyo 2020 Olympics in Japan.

According to local websites in Rwanda, Makansanga wanted to become a professional basketball player as a teenager but decided to become a referee 15 years ago.

And now, the Rwandan referee has been given the opportunity to take charge of matches at one of men’s football’s major international tournaments.

The post Meet 33-Year-Old Set To Become First Woman To Officiate At The African Cup Of Nations(AFCON) appeared first on FabWoman | News, Style, Living Content For The Nigerian Woman.