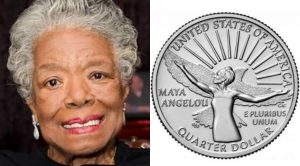 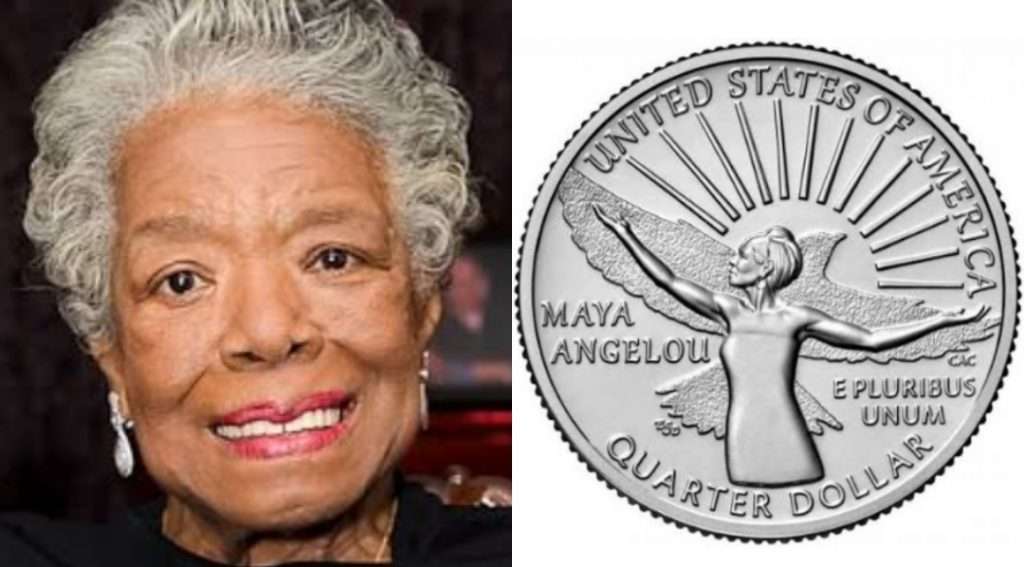 Poet and activist Maya Angelou has become the first Black woman to appear on the US quarter, in a new version of the coin unveiled by the US Mint on Monday.

Angelou, author of “I Know Why the Caged Bird Sings,” will also be the first figure commemorated through the American Women Quarters Program, which was signed into law in January 2021.

The US Mint “has begun shipping the first coins” with Angelou’s likeness on the American quarter, a 25-cent piece, according to a press release from the agency.

The Angelou quarter shows the writer and poet on the “tails” side of the coin, with her arms uplifted. Behind her are a bird and the rising sun. The Mint says those images are “inspired by her poetry and symbolic of the way she lived.”

The “heads” side features a portrait of George Washington by a female sculptor that was first recommended to the Mint back in 1932.

“It is my honor to present our nation’s first circulating coins dedicated to celebrating American women and their contributions to American history,” said Mint Deputy Director Ventris Gibson.

“Each 2022 quarter is designed to reflect the breadth and depth of accomplishments being celebrated throughout this historic coin program. Maya Angelou, featured on the reverse of this first coin in the series, used words to inspire and uplift.”

The program directs the US Mint to issue quarters each year between 2022 and 2025 featuring five different female trailblazers who have contributed to the country.

The other figures set to appear on the coin in 2022 are Sally Ride, the first American woman in space, Wilma Mankiller, the first female principal chief of the Cherokee Nation, Nina Otero-Warren, a New Mexico suffrage leader and Anna May Wong, a Chinese American film star.

Angelou, who died in 2014 at the age of 86, held many distinctions. She received a Presidential Medal of Freedom from former President Barack Obama and won the Literarian Award (an honorary National Book Award).

In 1992, she became the first Black woman (and second-ever poet) to write and present a poem at a presidential inauguration. She also held more than 30 honorary degrees and published more than 30 bestselling works.

The post Late Poet Maya Angelou Becomes The First Black Woman To Be Featured On US Coin appeared first on FabWoman | News, Style, Living Content For The Nigerian Woman.