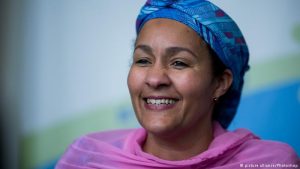 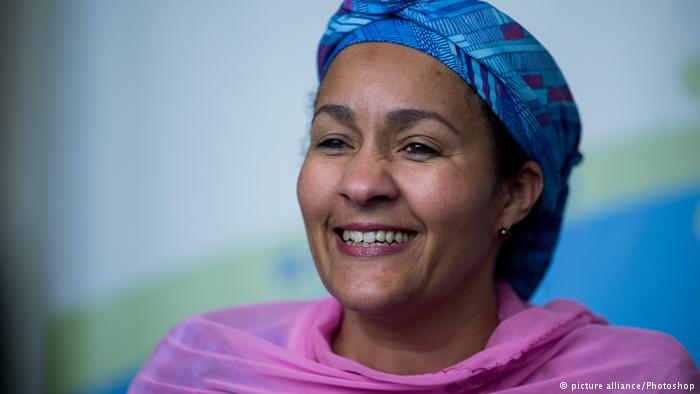 Nigeria’s Amina Mohammed has been reappointed as the Deputy Secretary-General of the United Nations.

Ms. Mohammed, who is also the Chair of the United Nations Sustainable Development Group, will now serve a second term in this capacity.

Accepting her reappointment, Ms. Mohammed wrote on Twitter, “I am deeply humbled to serve a second term as UN Deputy Secretary-General alongside @antonioguterres.”

“I begin this new term as a proud Nigerian woman with renewed hope in human solidarity and determination to keep the promise of the #SDGs. We will leave no one behind.”

According to the UN, Ms. Mohammed’s leadership helped advance the conceptual shift from the UN that the Member States called for in adopting the Sustainable Development Goals (SDGs).

It added that “over the last five years, the UN Sustainable Development Group was strengthened to enhance global leadership and oversight for development and the UN established a strengthened UN Resident Coordinator system as the foundation of a more effective development system.”

The Secretary-General, Antonio Guterres, who appointed Ms Mohammed, expressed his appreciation for the Deputy Secretary-General’s leadership of the UN Sustainable Development Group and her determination to reinforce collective results and maximise the impact of the UN development’s system on the ground.

“From our robust response to the socio-economic effects of the COVID-19 crisis; through a boost in climate action and unprecedented momentum for Financing for Development; to her strong emphasis on coherence across humanitarian, political and development action – her role was instrumental in keeping the SDGs alive at country level and protecting the Paris Agreement, despite significant headwinds,” he said.

Prior to her appointment in 2017, Ms Mohammed served as Minister of Environment of the Federal Republic of Nigeria where she steered efforts on climate action and efforts to protect the natural environment.

She first joined the United Nations in 2012 as Special Adviser to former Secretary-General Ban Ki-moon with the responsibility for post-2015 development planning.