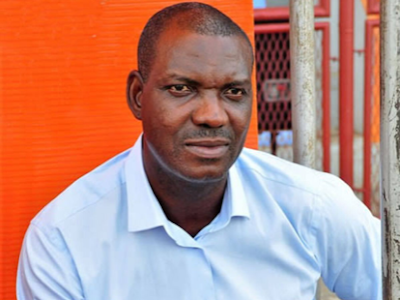 Super Eagles coach Austin Eguavoen has said the players themselves decided on the 4-2-3-1 formation which he used to successfully execute the 1-0 win over Egypt in their Group D encounter in the Africa Cup of Nations on Tuesday.

The Super Eagles are used to the formation, as it was consistently deployed by the sacked manager, Gernot Rohr.

Desperation, however, led Rohr to change the formation to 3-5-2 during the 2022 World Cup qualifiers.

“It is still the same personnel but I think what we did was I brought the boys together and asked them the formation they are comfortable with because we want to be flexible,” the 1994 AFCON winner told NFF TV.

“I wanted to change but they said this is what we’ve been used to for the past few years so I took it and went to work on it so I improved them on that formation.”

Nigeria’s next game in the ongoing 24-team competition in Cameroon is against Sudan.

A win would mean that the West African giants have qualified for the Round of 16 with a game to spare.