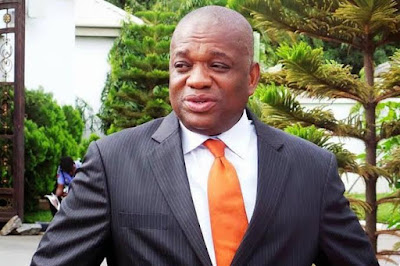 Senate Chief Whip, Orji Uzor Kalu, has alleged that some people are trying to destroy him over his 2023 presidential ambition.

Kalu accused the said group of people of being behind his six-month stint in jail, allegedly for doing nothing wrong.

Featuring on Arise TV, the former Abia State governor claimed that his accusers are people who envy his wealth.

“There is a lot of jealousy in the system. A lot of people think I became very successful at an early age, Why must I have money and power? Is life like that?”

“These people carelessly put me in prison for 6 months for doing nothing. I’m not bitter about it because it’s God’s will and it’s our court system that put me in prison.”

The former governor insisted that he was not guilty of the N7 billion fraud levelled against him by the Economic and Financial Crimes Commission, EFCC.