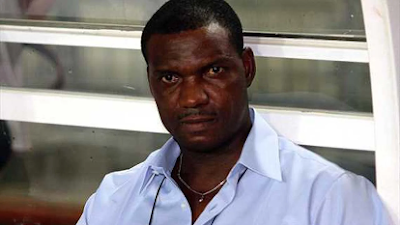 Super Eagles coach, Austin Eguavoen has spoken on making changes in the lineup that defeated Egypt in the opening Group D game on Tuesday.

Addressing reporters on Friday ahead of the Saturday clash, Eguavoen said he hopes all the players remain fit and healthy to make selection easier for him.

And Eguavoen was asked if he intends to make changes to the XI that played against Egypt.

The 1994 Africa Cup of Nations winner said, “That’s a little bit hard to say, we still have twenty-four hours.

“We hope that everybody stays healthy and fit and then tomorrow we will see the lineup.”