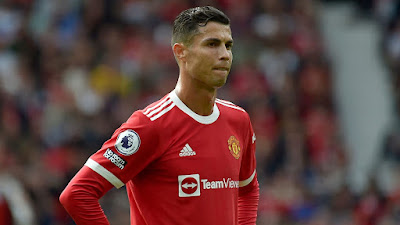 Manchester United forward, Cristiano Ronaldo, has admitted the team is not as good as it should be this season.

The 36-year-old returned to Old Trafford last August but the Red Devils continue to struggle this campaign.

Their poor form led to the sack of Ole Gunnar Solskjaer, who has been replaced by interim manager Ralf Rangnick.

“I knew that my coming here would be challenging.

“My expectations haven’t changed much since I arrived but the truth is that we are not as good as we should be.

“I say that on an individual and collective level as well. I think Manchester could be better in the Premier League, we could be playing better, but we have room to grow. It’s a new year. We have to think positively, believe it’s going to be a good year,” Ronaldo told ESPN Brasil.