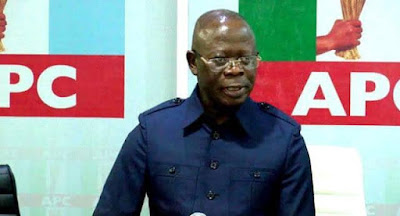 Former National Chairman of the All Progressives Congress, APC, Adams Oshiomhole has lamented that Nigerians some Nigerians have decided to be toxic to the government of President Muhammadu Buhari.

He said no matter the pro-people’s policies, some Nigerians, were simply toxic to the government.

Oshiomhole, in a tweet said no matter how hard one tried, one could not please everyone.

He wrote: “No matter how hard you try, you can’t please everyone.

“Sad how some people have decided to be so toxic on the government no matter the pro people’s policies.”

The former governor of Edo State returned to Twitter on Thursday seven months after it was banned by Buhari.